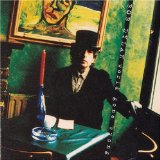 song
album
artist
(no lyrics available)
Comments (4)add comment
This song is soooo good for the ears...
Posted 7 years ago by Lazarus    [ Reply ]

Snopes — Rumor has it

The Ring of Fire Network

DeadState — the human condition from an LA perspective

FAIR — Fairness and Accuracy In Reporting

The Times of Israel

The Times of India

Shadow Proof — against the power of the corporate state

Academic Earth — A world-class education at your fingertips

Imgur — The most awesome images on the Internet

Talk to strangers at Omegle

The Red and Black

Acronym Finder — Find out what any acronym, abbreviation, or initialism stands for

Just go to the search line for "Looking for free software?" and type in whatever you seek...
Free Software Foundation
Our Campaigns Team creates educational materials about free software, convenes the yearly LibrePlanet conference and goes toe to toe against powerful interests that threaten computer user rights. Our Licensing & Compliance Lab defends freely licensed software from proprietary hoarding, advises on licensing issues, and certifies devices that Respect Your Freedom.

Leo says how do I backup my Hotmail or Outlook mail

Leo says Installing software safely and with minimal impact
Summary—
I’ve presented a few recommendations when it comes to installing software to keep your machine running as clean and as fast as possible. Those are:
Don’t install software unless you actually know you need it.
When simply testing software for fit, try to do so on something other than your primary or most important machine.
Always choose the “Custom” or “Advanced” installation path so as to see all available options.
Uncheck options that you don’t want or need.
Uncheck options that are actually unrelated to the software that you are installing.
Think carefully about whether the software actually needs to start with Windows, if that’s an offered option.

Leo says here that he "would recommend you grab and run a scan with Malwarebytes. There's a free version from malwarebytes.org. That tool tends to catch a few things that many of the other anti-malware tools sometimes miss." This is where I found to get the free version—

TOR — The Onion Router
Tor is free software and an open network that helps you defend against a form of network surveillance that threatens personal freedom and privacy, confidential business activities and relationships, and state security known as traffic analysis... Why Anonymity Matters — Tor protects you by bouncing your communications around a distributed network of relays run by volunteers all around the world: it prevents somebody watching your Internet connection from learning what sites you visit, and it prevents the sites you visit from learning your physical location. Tor works with many of your existing applications, including web browsers, instant messaging clients, remote login, and other applications based on the TCP protocol...

SDelete v1.61
Even when you encrypt files, a file's original unencrypted file data is left on the disk after a new encrypted version of the file is created.
The only way to ensure that deleted files, as well as files that you encrypt with EFS, are safe from recovery is to use a secure delete application. Secure delete applications overwrite a deleted file's on-disk data using techiques that are shown to make disk data unrecoverable, even using recovery technology that can read patterns in magnetic media that reveal weakly deleted files. SDelete (Secure Delete) is such an application. You can use SDelete both to securely delete existing files, as well as to securely erase any file data that exists in the unallocated portions of a disk (including files that you have already deleted or encrypted). SDelete implements the Department of Defense clearing and sanitizing standard DOD 5220.22-M, to give you confidence that once deleted with SDelete, your file data is gone forever. Note that SDelete securely deletes file data, but not file names located in free disk space.

ScamBusters
Are you frustrated and overwhelmed by of all of the scams, spam and other junk you see every day on the Internet and in your email box? Do you wish you had a way to know — for sure — what's real and what's not? If so, you've come to the right place. My name is Dr. Audri Lanford, and I'd like to welcome you to Scambusters.org, a public service website and email newsletter that has helped over 11 million people protect themselves from Internet scams, identity theft and spam since 1994. You'll find lots of great free resources here on how to avoid the most popular scams, identity theft threats, and urban legends making the rounds.

The Pirate Bay
Swedish prosecutors filed charges on 31 January 2008 claiming the site facilitated other people's breach of copyright law.
On 1 February 2012, the Supreme Court of Sweden refused to hear an appeal in the case, prompting the site to change its official domain name to thepiratebay.se from thepiratebay.org. The move to a .se domain was claimed to prevent susceptibility to US laws from taking control of the site. .se is the Internet country code top-level domain (ccTLD) for Sweden (Sverige).
In the USA—
Facebook
After The Pirate Bay introduced a feature in March 2009 to easily share links to torrents on the popular social networking site Facebook, Wired found in May that Facebook had started blocking the links. On further inspection, they discovered that all messages containing links to The Pirate Bay in both public and in private messages, regardless of content, were being blocked. Electronic Frontier Foundation lawyers commented that Facebook might be working against the US Electronic Communications Privacy Act by intercepting user messages, but Facebook chief privacy officer Chris Kelly said that they have the right to use blocks on links where there is a "demonstrated disregard for intellectual property rights", following users' agreement on their terms of service. Links to other similar sites have not been blocked.
Microsoft
In March 2012 Microsoft blocked Windows Live Messenger messages if they contain links to The Pirate Bay. When a user sends an instant message that contains a link to The Pirate Bay, Windows live Messenger prompts a warning and claims "Blocked as it was reported unsafe." "We block instant messages if they contain malicious or spam URLs based on intelligence algorithms, third-party sources, and/or user complaints. Pirate Bay URLs were flagged by one or more of these and were consequently blocked", Redmond told The Register in an emailed statement.I have not checked out the five sites here, and I don't know if this article is dated and any of them have been shut down... but I am posting the link to the article for any further research that might be needed—

5 Alternatives to The Pirate Bay
If you’re downloading files using BitTorrent, we recommend using a VPN. Try Hide My Ass Pro VPN or learn more about the Top 5 VPN Services.
Top Pirate Bay Alternatives
KickAss Torrents — An open tracker with lots of torrents. Another site that has received high ratings by our readers.
ISOHunt — Canadian open BitTorrent website that has really withstood the test of time. Still around and still serving up torrents for everyone. This probably is one of the best true alternatives to ThePirateBay.
Torrentz — A torrent meta search engine that indexes over 25 trackers.
1337x — Active and open tracker with a clean web interface.
Extra Torrent — A lesser known torrent site that flies under the radar and has been online for a while now. Known for it’s torrent comments.

Posted 8 years ago by Lazarus    [ Reply ]
Everybody in my church loves this song...