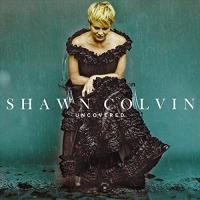 song
album
artist
Winding your way down on Baker Street
Light in your head and dead on your feet
Well, another crazy day
You'll drink the night away
And you talk about everything
This city desert makes you feel so cold
It's got so many people, but it's got no soul
And it's taken you so long
To find out you were wrong
When you thought it held everything

Way down the street there's a light in his place
And he opens the door, he's got that look on his face
And he asks you where you've been
You tell him who you've seen
And you talk about anything
He's got this dream about buying some land
He's gonna give up the booze and the one-night stands
And then he'll settle down
In some quiet little town
And forget about everything

But you know he'll always keep moving
You know he's never gonna stop moving
'Cause he's rolling, he's the rolling stone
And when you wake up, it's a new morning
The sun is shining, it's a new morning
And you're going, you're going home
Comments (7)add comment
A good cover adds something not in the original, an extra twist. This adds urban weltschmertz to Rafferty's upbeat song.
Posted 2 weeks ago by fredriley    [ Reply ]
several of these remakes Ive been hearing lately on RP like this one that just blow me away. Heard a Dolly Parton song she covered someone, cant remember who, on here the other day that just BLEW ME AWAY... and I used to DISLIKE Dolly Parton.
Posted 1 month ago by bluehz    [ Reply ]
very nice interpretation
Posted 3 months ago by mach-hog    [ Reply ]
I've not heard this before (thanks yet again B&R!). Beautiful cover of a beautiful - if deeply sad - song. Especially sad in my mind knowing Rafferty didnt "give up the booze and the one night stands" (or at least the booze) and it ultimately killed him. I'm sure someone will step in slamming this and lamenting the lack of the glorious sax solo from the original but it doesn't actually lose strength for the absence.
Posted 4 months ago by memoryboxer    [ Reply ]
yuck, what's the point of this version?
as good or better - not much worse.
Posted 4 months ago by ace-marc    [ Reply ]
Milesxl wrote:
I think it's brilliant.
Posted 4 months ago by FourFortyEight    [ Reply ]
Just about acceptable, but why??

This side of murder.. just
Posted 5 months ago by Milesxl    [ Reply ]