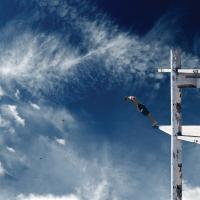 I have no words
Comments (112)add comment
Nice, Always liked it.

Sounds like The War on Drugs liked it also.
Posted 11 months ago by DanFHiggins    [ Reply ]
"Are you angry with me now
Are you angry cause I'm to blame"

It's been a few angry years for mrstuba9 because of me, but I've been coming further than I ever was...
Posted 11 months ago by mrtuba9    [ Reply ]
Six years later and it's still fantastic!
Posted 1 year ago by clwguy    [ Reply ]
Never thought much of these guys as Shoe-gazers, but here they literally are... 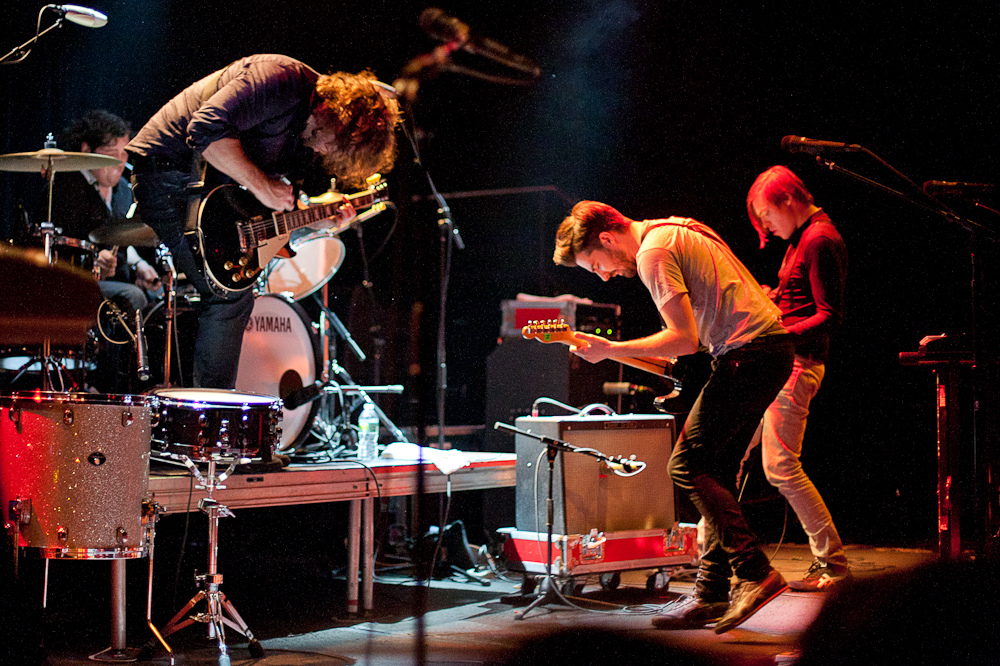 Another example of why I happily support Radio Paradise.
Posted 2 years ago by DrMacDaddy    [ Reply ]
ltbluesoda wrote:
the ability to find song this beautiful is what makes me a lifelong listener of "Bill",... who finds this?

You mean this sums up RP in one song? Not sure I'd disagree...
Posted 2 years ago by ottoerago    [ Reply ]

spiritfla wrote:
There is something about this song - it brings on emotion. Well done playing this RP! More Boxer Rebellion.

Cheers
Posted 3 years ago by campru    [ Reply ]
This song saved me from despair during the 2013 500 year flood that hit my home in Colorado.  When all would seem insurmountable I would play this song in my new car (as I lost my two cars) and scream with tears coming down my face.  All was better when I could face the flood after many sessions with "Diamonds".  I thank you to the band and to Angry Orchard for getting us all through!!
Posted 3 years ago by raewah    [ Reply ]
Job well done, Lad  campru wrote:
I'm in the music video to this song - guy right at the end with scars on face

But I thought anyone who does not like something these days is a "hater"??  You sound very, well, reasonable.
Posted 5 years ago by Webfoot    [ Reply ]
I do not HATE any band.  I may not really like their music but I admire their effort in actually playing instruments and making music.


I think it was a key party.
Posted 5 years ago by Proclivities    [ Reply ]
rascal wrote:
London Grammar and these guys have been to the same party...good party

Was it a World Party?

these one snuck up on me, better with each new listening

this certainly strikes a chord with me.  kingart wrote:
Love.this.sound. Thoughtful without being morose, upbeat with honesty, very listenable on a screaming hard breathing bike ride, or just foot tapping and swigging a beer.

I was carried to Ohio in a swarm of diamonds.


Did you end up in The Gem City?
Posted 6 years ago by Proclivities    [ Reply ]
Seems I can't get enough of this song

How do they do it?

8 > 9  so good for my ears
Posted 6 years ago by Peter_Bradshaw    [ Reply ]
This song has been giving me nearly out of body experiences, every time, beginning even from *before* I saw the video.

How do they do it?


Get over it...I never even responded to a post you made until YOU started picking fights with ME...I never even noticed your posts...what are you some sort of superhero out to rid the world of snark?  Quit stalking me!
Posted 6 years ago by rdo    [ Reply ]
...this album cover deserves like a nine in itself...
Posted 6 years ago by mandolin    [ Reply ]
When I'm driving lately I often find myself saying: Siri play Diamonds.  So I have to increase my rating from 9 to 10.

Posted 6 years ago by SmackDaddy    [ Reply ]
This GIF makes me smile every time I see it. Thanks kcar!

kcar wrote:
No: the bestest!

I love how the sustained guitar sound carries this song... Brilliant!

NO one did that before Airbag.  It is the best guitar sequence in the history of music.

I saw Radiohead live just after Diana was killed in that car crash.  OK Computer had recently been released and we all thought "they'll never play Airbag".  First song of the set - the place erupted.
Posted 6 years ago by DaidyBoy    [ Reply ]
Ho hum - and way overplayed (11x in 30 days?!).

Posted 6 years ago by MilesW    [ Reply ]
Hi love...me as well.  We are kindred indeed ! Deadwing wrote:
There are not a whole lot of songs that grab me at the first listen. This one did.

Great left hook on 1st time. I can't even see the punch on the third one.

Posted 6 years ago by MusiqueMusique    [ Reply ]
rdo wrote:
Good song.   The guitars, giving credit where it's due, is from Radiohead's Airbag.

NO one did that before Airbag.  It is the best guitar sequence in the history of music.

Posted 7 years ago by Deadwing    [ Reply ]
Good song.   The guitars, giving credit where it's due, is from Radiohead's Airbag.

A Good Man Is Hard To Find

"I never was a bad boy that I remember of," The Misfit said in an almost dreamy voice, "but somewheres along the line I done something wrong and got sent to the penitentiary. I was buried alive," and he looked up and held her attention to him by a steady stare....

The Misfit sneered slightly. "Nobody had nothing I wanted," he said. "It was a head-doctor at the penitentiary said what I had done was kill my daddy but I known that for a lie. My daddy died in nineteen ought nineteen of the epidemic flu and I never had a thing to do with it. He was buried in the Mount Hopewell Baptist churchyard and you can go there and see for yourself."

"If you would pray," the old lady said, "Jesus would help you."

"Well then, why don't you pray?" she asked trembling with delight suddenly.

"Jesus was the only One that ever raised the dead," The Misfit continued, "and He shouldn't have done it. He shown everything off balance. If He did what He said, then it's nothing for you to do but thow away everything and follow Him, and if He didn't, then it's nothing for you to do but enjoy the few minutes you got left the best way you can by killing somebody or burning down his house or doing some other meanness to him. No pleasure but meanness," he said and his voice had become almost a snarl.

"Maybe He didn't raise the dead," the old lady mumbled, not knowing what she was saying and feeling so dizzy that she sank down in the ditch with her legs twisted under her.

"I wasn't there so I can't say He didn't," The Misfit said. "I wisht I had of been there," he said, hitting the ground with his fist. "It ain't right I wasn't there because if I had of been there I would of known. Listen lady," he said in a high voice, "if I had of been there I would of known and I wouldn't be like I am now." His voice seemed about to crack and the grandmother's head cleared for an instant. She saw the man's face twisted close to her own as if he were going to cry and she murmured, "Why you're one of my babies. You're one of my own children !" She reached out and touched him on the shoulder. The Misfit sprang back as if a snake had bitten him and shot her three times through the chest. Then he put his gun down on the ground and took off his glasses and began to clean them...

"She would of been a good woman," The Misfit said, "if it had been somebody there to shoot her every minute of her life."

"Shut up, Bobby Lee," The Misfit said. "It's no real pleasure in life."