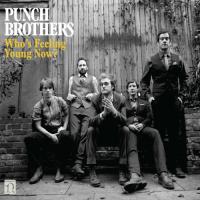 rye thoughts aren't good thoughts, Boys,
have I ever told you about the time I...

Rye whiskey wraps your troubles up into a bright blue package,
ties a bow around it. Oh, boy!

Just throw it on the pile in the corner,
see, you're not alone in not being alone tonight, but

rye love isn't god love, Boys,
have I ever told you about the time I...

I used to wake up bright and early,
got my work done quickly, held my baby tightly. Oh, boy!
Rye whiskey makes the sun set faster,
makes the spirit more willing but the body weaker because

What do you suggest meets your requirement for American music?

American music is a culmination of the melting pot.

Jazz and blues - from African rhythms and melodic influence, western European instruments and harmonic structures, and gospel from white southerners transferred to African slaves and servants.

Bluegrass, mountain folk - from a mixture and progression of the music that people brought into the continent. It seems you are under the mindset that maybe Native American music is the only pure American music? Most people view it differently.

This tune is essentially a straight ahead modern bluegrass tune (which is usually rare for a Punch Brothers original, despite them consisting of traditional bluegrass string instrumentation and influence), which is a mixture from the celtic as you say and scottish sounds in addition to African influences (the banjo, blues).

Excuse me mister, what is the track number of the song "Rye Whiskey" Album "Who's Feeling Young Now"?
Is that none of the 12 titles, belonging to this album, corresponds to this title "Rye Whiskey."

Posted 6 years ago by oldfart48    [ Reply ]
sirdroseph wrote:
you can have Piers Morgan back.

hmmm....it's definitely a very "american" song but I can hear so much of the celtic tradition that the early Americans brought with them that I can't politicise this as a purely American sound.
Posted 6 years ago by oldsaxon    [ Reply ]
Can we not just leave this rubbish in the US... no need to broadcast it to the rest of the world! Why should we have to suffer?
Posted 7 years ago by tiggers    [ Reply ]
La la looooove this song!  I was going to upload, glad someone did!