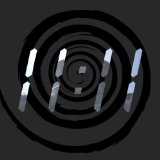 song
album
artist
(Instrumental)
Comments (125)add comment
EXCELLENT!!  RP introduced me to them. Now I like a LOT of their music. Thanx RP!


I'm going another +1 to 9 now, that mid-point break, almost sounded like 'the drop!' and I like it a lot.
LLRP

I've always felt that Gabriela Quintero is the more interesting guitarist of the two.  Rodrigo plays leads and melody, but Gabriela is an extraordinarily fast, percussive acoustic player and makes it all look easy.

Here's an interview with her from Reverb on her playing style.
Posted 1 year ago by pcicatar    [ Reply ]
deadheadmark wrote:

Guitar work is making me feel like I have an expensive piece of firewood!  Love it! my 1st post and I have been listening to RP over 14 yrs for sure! Thanks Bill!

Listening since 2007 here and it's been no-stop ever since.
At home.
At work.
In the car.
Long live RP!  Bill & Rebecca ..... you've changed my ears invariably forever more.
Posted 1 year ago by KaiT    [ Reply ]
Put on one of their videos and just watch how fast -and incredibly well, but FAST--she plays.

Gab spanks and stomps out the rhythm, while Rod rips up the solos.

She's the more talent of the two.  Every track has her completely tearing it up in the background.
Posted 1 year ago by pcicatar    [ Reply ]
Rictus wrote:

This must be listen in FLAC.
Damned, that's good!

Posted 1 year ago by laozilover    [ Reply ]
What a delight!

Their music has this incredible drive.
Posted 2 years ago by rklein    [ Reply ]
flapser wrote:

This guy is amazing with the guitar!

Posted 2 years ago by gregvincentreed    [ Reply ]
Gab spanks and stomps out the rhythm, while Rod rips up the solos.

You expect better music from RP

I presume it's the first choice. Regardless, I respectfully disagree sir.

I like these guys, but I love their wikipedia photo.

This guy is amazing with the guitar!

It's disappointing top hear this fake music here on RP, I expect more.

You expect better music from RP

I presume it's the first choice. Regardless, I respectfully disagree sir.

scraig wrote:
This song has more mood swings than my ex-wife.

Posted 8 years ago by johncartlidge    [ Reply ]


That made me spit out my coffee...awesome!
Posted 9 years ago by asilbuch    [ Reply ]

yup, I think even Lindsey B would appreciate this .  bb_matt wrote:
This is a work of genius. Absolutely LOVE it.

This is a work of genius. Absolutely LOVE it.
Posted 9 years ago by bb_matt    [ Reply ]
This song really brings out the buttheads.  Its amazing what kind of personalities are present in "music lovers".
If ONLY I could stop peeking into this train wreck of an audience comment place.
If I ever published any of my music I would pay RP to not play it.  Bill tosses pearls before swine.
Posted 9 years ago by Rmike    [ Reply ]

Parts of this really grab me but then it seems to lose momentum... then gets it back. Like riding a bike over rolling hills. The parts that rock have incredible energy! Whew!
Posted 9 years ago by BBoyes    [ Reply ]
idiot_wind wrote:
Nice acoustic..but it's Friday afternoon....in the beginning of Spring.
It wasn't even afternoon everywhere when you wrote this, much less the rest.
Posted 9 years ago by dwhayslett    [ Reply ]


This is a good track but a little overplayed.
Posted 9 years ago by samstone    [ Reply ]
oldsaxon wrote:
Recording these two is almost a crime. They MUST be seen live to be fully absorbed.
I have seen them live and vastly prefer their recorded work. I think they have been on tour far to long and had nothing left to give apart from a half hearted attempt at pleasing a crowd. Maybe I saw them on a bad day but that's my impression.
Posted 9 years ago by SquiddlyDiddly    [ Reply ]

Everyone in my head loves R & G!

Thanks Bill! Only RP would've put this on my radar.
Posted 9 years ago by MassivRuss    [ Reply ]
planet3one9 wrote:
Does anyone hear "babe I'm gonna leave you" (zep) in the intro of this song ? I thought it was a cover when I first tuned in
Si

Hah! Mine too, just as I was about to lower my previous rating!

Posted 10 years ago by Det    [ Reply ]
Jollyra - why so negative?  Make your comments constructive, and you'll get a bit more respect.

big_gare wrote:
You sir - are a twit!  R & G are amazing guitarists & if Shaw played this as the "on hold" music, I'd be praying their wait time would last until the end of the song.  Lord!

But - all in all - I mostly like 'songs" - which are missing in speed metal and in this piece IMHO.
Posted 10 years ago by lemmoth    [ Reply ]
Yeah totally agree, heard this so many times now its just become...oh no wait, my foot has started stomping the floor again...
Posted 10 years ago by KristianGregory    [ Reply ]
Anyone who knows me well enough to let me make them an omlette, knows that I have a large amount of flair and skill which I apply to the beating of the eggs, aiming to get air in to them fast creating a materpiece of light fluffy egg to quickly pour in to the very hot pan.

however, like my expert egg whisking, mastery yes, interesting.... no.
Posted 10 years ago by stunix    [ Reply ]
As rated, quite likeable but somewhat overplayed imo

Byronape wrote:
A 10 for technical mastery, a 4 for lack of interestingness.

Posted 10 years ago by MsJudi    [ Reply ]
Byronape wrote:
A 10 for technical mastery, a 4 for lack of interestingness.

MEXICO CITY â The two acoustic guitarists onstage here sounded at times as if the Gypsy Kings had taken possession of Jimmy Page. Intricate melodies â and solos challenging the laws of nylon â rode over crashing, furious percussion as they raced from heavy-metal riffs to jazz to something vaguely Turkish.

Pretty much anything but Mexican.

But by the end of their set one evening last month Rodrigo y Gabriela, the acoustic guitarists from Mexico City who spent years abroad honing a style known as much for its eclecticism as for the frantic full sound they wrench from just two guitars, soaked in cries for more from the hometown crowd at the 1,600-seat theater, El Plaza Condesa.

They welcomed the adoration, especially after a tumultuous year of touring and working on their third album, âArea 52,â which comes out on Tuesday. But Mexico City carries bittersweet memories of their time in a metal band and the escape to find their muse. âIt was special; we have to speak in Spanish, and our families are there,â Gabriela said of the show. âThe Mexico time with a metal band. It was like we were just some sort of joke musicians. I felt I was not a proper musician.â

Theyâve come a long way, literally and figuratively. âNo verb exists for what they do with their instrument,â Luis Del Valle, music editor for Chilango, a popular Mexico City style and entertainment magazine, wrote in a review of the December shows. In an interview he lamented that fans here tend to value homegrown acts only after they find success abroad.

But when it comes to Rodrigo y Gabriela the pride and appreciation nevertheless run deep, and their following is surging here. âThey are two Mexican guitar players who ended up headlining festivals in Scotland next to Kanye West and the Chemical Brothers,â Mr. Del Valle said. âTheyâre the only Mexican act that has managed to do so.â

While any number of Latin American guitarists play flamenco style, he added, âthey are the only ones that add this metal-rock spice that makes them so different.â

It is not just here that they are catching on. In the spring they will tour 18 cities in North America â including an April 20 concert at Radio City Music Hall â to promote âArea 52â (ATO Records), on which they reinterpret many of their songs, backed for the first time by a full band, a 13-piece Cuban orchestra.

They will also play one of the most prominent stages at this springâs New Orleans Jazz & Heritage Festival, whose producer, Quint Davis, booked them for their eclectic music and their following of young fans. âThe main thing I would say about getting them is: What took us so long?â he said.

The tour follows a year in which their music gained wider exposure through contributions to two Hollywood hits, the latest installment of âPirates of the Caribbeanâ and the animated adventure âPuss in Boots.â Henry Jackman, the composer for âPuss in Boots,â put their guitar playing into his the score and included two of the duoâs fan favorites, âDiablo Rojoâ and âHanuman.â He said he had sought a flamencolike sound but something different as well. âThey are not seen as guardians of some sort of culture,â he said. âItâs fun and driving, and they are technically very proficient.â

Relaxing on throw pillows in their condo-studio in the Pacific beach town of Ixtapa, Rodrigo SÃ¡nchez and Gabriela Quintero reflected on their trajectory. After quitting a failed heavy-metal band and busking, first at this resort and then on the frigid streets of Dublin, came a debut studio album (âRodrigo y Gabrielaâ in 2006) and its follow-up (â11:11â in 2009), both well received by critics. They said that while they felt most comfortable performing in Mexico, they felt little regret in finding success only after leaving home.

âThe majority of people think we left Mexico angry,â said Mr. SÃ¡nchez, the melody maker of the pair, both 38, who are unmarried but have been a couple and have performed together since their teenage years, when they met at a neighborhood cultural center. âWe went to Europe as backpackers and thinking we could make a living playing background music. We were playing in the street, but we didnât suffer. It was probably the funnest time ever.â

The move did allow them to forge their sound.

They initially played what they knew, like Led Zeppelin (âStairway to Heavenâ) and Metallica (âOrionâ) standards, on the streets of Ixtapa. âThe old Canadians there, they thought it was interesting Mexican music,â he recalled.
Posted 10 years ago by angelomisterioso    [ Reply ]
Yawn!

It's a pleasant-enough tune, but it's pretty pensive stuff - not really alarm-clock material.
Posted 10 years ago by Proclivities    [ Reply ]
TerryS wrote:
Not one strum until the percussive section  - unless you are thinking of opposable strums.

I see what you did there. Bravo.

Not one strum until the percussive section  - unless you are thinking of opposable strums.

Posted 10 years ago by salzburg4321    [ Reply ]
planet3one9 wrote:
Does anyone hear "babe I'm gonna leave you" (zep) in the intro of this song ? I thought it was a cover when I first tuned in
Zeppelin's version was essentially a cover; the song was written by Anne Bredon and then "arranged" by Plant and Page for their first album.  This tune does have a similar descending, minor-scale thing going on, though - perhaps an homage to LZ by these artists.

Posted 11 years ago by mohrol    [ Reply ]
ERERER wrote:
Nice instrumental piece—would love to hear more from this artist!
Stick around; you will.  They have several on RP.

And that's a good thing.