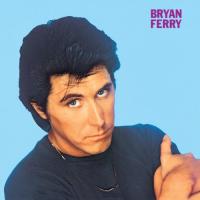 song
album
artist
Oh where have you been, my blue eyed son?
Where have you been, my darling young one?
I've stumbled on the side of twelve misty mountains
Walked and I've crawled on six crooked highways
Stepped in the middle of seven sad forests
Been out in front of a dozen dead oceans
I've been ten thousand miles in mouth of a graveyard
And it's a hard rain's a-gonna fall

And what did you see, my blue eyed son?
What did you see, my darling young one?
I saw a new-born baby with wild wolves around it
I saw a highway of diamonds with nobody on it
I saw a black branch with blood that kept drippin'
I saw a room full of men with their hammers a bleedin'
A white ladder all covered with water
I saw ten thousand talkers whose tongues were all broken
I saw guns and sharp swords in the hands of young children
And it's a hard rain's a-gonna fall

And what did you hear, my blue eyed son?
What did you hear, my darling young one
I heard the sound of thunder that roared out a warning
Heard the roar of a wave that could drown the whole world
Heard one hundred drummers whose hands were a blazin'
Heard ten thousand whisperin' and nobody listenin'
Heard one person starve, I heard many people laughin'
Heard the song of a poet who died in the gutter
Heard the sound of a clown who cried in the alley
And it's a hard rain's a-gonna fall

Oh whatll you do now, my blue eyed son?
Whatll you do now, my darling young one?
I'm goin' back out 'fore the rain starts a-fallin'
Walk throught the depths of the deepest black forest
Where the people are many and their hands are all empty
Where the pellets of poison are flooding their waters
Where the home in the valley meets the damp dirty prison
Where the executioners face is always well hidden
Where hunger is ugly, where souls are forgotten
Where black is the colour, and none is the number
And I'll tell it and think it and speak it and breathe it
And reflect it from the mountains so all souls can see it
Then I'll stand in the ocean until I start sinking
But I'll know my song well before I start singing
And it's a hard rain's a-gonna fall
Comments (14)add comment
Lumpy13 wrote:
I think you mean

Or even a full page of Munch's "The Scream."

Actually this version is ridiculously funny, but only if you're fortunate enough to listen to it just once in a lifetime.

Posted 8 years ago by willrobinson    [ Reply ]
It is rather disconcerting to see that the average rating of this song is 4.9, yet the main playlist shows it as a 9.0.  I found it rather a painfully shy and apologetic cover. I give the singer of this mess a break in that I believe I understand his need to quiver at his betters.