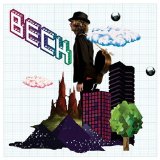 To comb my worries, fix my thoughts
Throw my hopes like a juggernaut walks
Now let-down souls can't feel no rhythm
Sorry entertainers like aerobics victims

Voodoo curses, Bible tongues
Voices comin' from the mangled lungs
Give me some grit, some get-down shit
Don't need a good reason to let anything rip

Mr. Microphone making all the damage felt
Like a laser manifesto make a mannequin melt
There's people phonin' in like it's unlimited minutes
Going through the motions just to say that they did it

Treadmill's running underneath their feet
So they feel like they're going somewhere, but they're not
So let's put boots on the warehouse floor
Comin' to you like a rope on the chainstore

Throwing equipment from a moving van
Grab a microphone like a utility man
Now fix the beat, now break the rest
Make a kick drum sound like an S.O.S.

Get a tow-truck cause it's after dark
And the dance floor's full, but everybody's double-parked