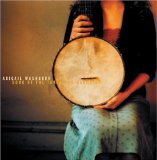 what language is used here?


A "thang" indeed, and she makes those 5 string sound like angels' harps ablaze.
Posted 2 years ago by misterbearbaby    [ Reply ]
saw her & Bela Fleck play on Later with Jools Holland. Digging it.
Posted 3 years ago by sleepinggypC    [ Reply ]
calypsus_1 wrote:

sweet young thang
Posted 3 years ago by hayduke2    [ Reply ]
Businessgypsy wrote:
BryseEayo wrote:
I hope most of you know of the television show Firefly. This is exactly the music that the show's made for.
Mal: "Pupils were fixed and dilapidated-"

You nailed it. Goes great with the pidgin arabic signage. 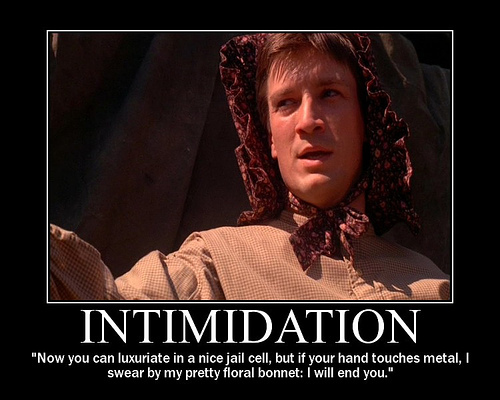 Did you see the Castle where Fillion was putting on his Firefly costume at the beginning?  His daughter asks him what he is supposed to be, and he replies "some kind of space cowboy"
her: "but didn't you wear that 5 years ago?"
him: "yeah, but I liked it!"

You nailed it. Goes great with the pidgin arabic signage.

Posted 9 years ago by Businessgypsy    [ Reply ]
Her voice makes me cringe, like that lady singer with Nitin Sawhney, 2.

Posted 10 years ago by kingfish2004    [ Reply ]
Wonderful stuff.  For a truly hilarious cross-cultural experience, check out this video by Abigail and her band Uncle Earl:


Posted 10 years ago by calypsus_1    [ Reply ]
people should choose THIS as their first dance at their weddings!

)
Posted 10 years ago by coccyx    [ Reply ]
samsamsupersam wrote:
My wife (who is from Shanghai) said she couldn't understand a word of her mandarin. I don't care. When I lived in China I wanted to start a metal band and sing Chinese with a horrible southern accent (cuz I'm from Mississippi)

I just heard this for the first time.  I speak Mandarin (used to live in Taiwan; have worked in China).  Yes, it sounds exactly like Chinese with an American Southern accent.

A voice in your heart is calling
Xinzhong you ge shengyin

Earth and Sky will carry you
Tiandi zai ni zouyou

One mountain to the next
Zhe shan guole ne shan lai

Voice in your heart is calling
Xinzhong you ge shengyin

I can understand...that's truly awesome. First time I hear Something in chinese here
True, she came to work with some Mingyao (folk) bands here in Beijing. Saw a short documentary about this. WOW - makes me feel VERY happy :)
This woman is amazing!

Posted by Jeremy Goldkorn, November 18, 2005 12:02 PM
Bluegrass and the PLA
From up and coming Beijing impresario Jon Campbell:

The Return of the Travelling Daughter: Abigail Washburn Brings her Banjo Back to Beijing

Those of you around last November might recall the brief Chinese-spiced bluegrass and old-time invasion of a four-piece outfit lead by banjo player and singer-songwriter (and former Beijing resident) Abigail Washburn. Those of you who weren't may have heard of her imminent arrival. On this, her second China tour in just over a year, she's backed up by a new full-length album (Song of the Traveling Daughter, on Nettwerk Records,) and a flurry of American (and Chinese) media attention

Her original take on traditional folk and old-time American music has an added twist: A melding of the musical and linguistic traditions of the Middle Kingdom. Two songs on her solo debut are original compositions with Chinese lyrics including the title track, a riff on the classic Meng Jiao poem æžžå­å (‘Song of the Traveling Son').

~~~~~~~~~~~~~~~~~~~
https://www.myspace.com/abigailwashburn
In early March, 2009, Abigail had the idea to create Afterquake, a benefit EP in memory of the May 12, 2008 Sichuan Earthquake which left more than 5 million people homeless and hundreds of thousands dead. Abigail and The Shanghai Restoration Project united to go to Sichuan Province, to the relocation schools and into the disaster zone to capture the voices of those affected by the earthquake and sample sounds from the schools and the disaster zone. They sampled, recorded, and produced Afterquake in two and a half weeks. The final result is a timeless musical document that blends folk and electronic sounds with post-earthquake samples. A portion of all Afterquake proceeds goes to the Sichuan Quake Relief organization. .

"As more and more people engage in this struggle for a new direction for the human spirit, we'll recognize that we're morphing into a global species." —-Abigail Washburn

Posted 11 years ago by ambrebalte    [ Reply ]
So very cool!  This is why I listen to RP.  Better kick some more coin your way.  Thanks.
Posted 11 years ago by Eric_Denison    [ Reply ]
My wife (who is from Shanghai) said she couldn't understand a word of her mandarin. I don't care. When I lived in China I wanted to start a metal band and sing Chinese with a horrible southern accent (cuz I'm from Mississippi)

Posted 12 years ago by michaelgmitchell    [ Reply ]
Pass me the Chopsticks and put some of the soy sauce on the banjo, wont you? This one made me laugh, although I don't think thats intended by the song. 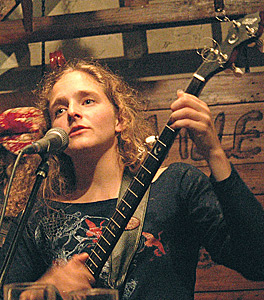