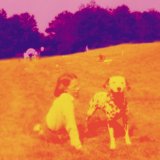 You don't need a thing from me
But i need something big from you
'cause you know i've got an awful lot of big dreams
Comments (49)add comment
Had the absolute lucky opportuity to see Mr E et al in the Royal Albert Hall a few years ago.
Nobody does "downer rock" like Mr. E as he put it that night.
Posted 2 years ago by Stropatus    [ Reply ]
Yeah, man! How can one describe the feeling of jamming out large and loud to "Saturday Morning," from SHOOTENANNY, on David Letterman, while on vacation back in the USAm, summer 2003 only days after hearing it on RP while living and working in Japan? I was also blessed and fortunate enough to score tickets to see EELS play an absolutely knock-out show within the inimitable soundscape of Shibuya's Club Quattro shortly after my arrival back in Tokyo...and even better, I took my girlfriend at the time, a wild and crazy gal from Okinawa called "Show-ko," who told me, translated, that "that night was the 'peak of feeling,' she said, both "because of being with (me) after and while at that particular and amazing event" and 'seeing Mr. E get toward down so mightily downly as only he and his talented bass player and drummer can do,'" and, she said, "the show and the night we spent together after it made (her) feel that she had reached the feeling of 'the height and breadth of being.'" This I revere as one of the highest compliments I have ever received. I myself shall forever recall it as a night almost painfully full of joys, both mental and physical, for I was, even then, well aware of and acquainted with the quintessential nugget of Buddhist philosophy that postulates that emotional states are as ephemeral as cherry blossoms every spring.
I feel a great debt to RP, Mark Oliver Everett, and his band. I wish I could have hung onto my sweet, petite, and sassy little Shoko, too, but she moved back to Okinawa to be with family, and, well, maybe she felt premonitions of the Fukushima Disaster, which is what ultimately drove even me from that very special planet in the Galaxy that I loved to call Home, after twenty full and fruitful years of making it mine...
Thank goodness, RP and EELS seem to forever keep me plugged in and partying along like yesterday to such fine memories, co-ordinates, and connections.
EELS ROCK IN A SPECIAL WAY...
And let us never forget that
radio paradise RULES!
——-

This comment applies to many Eels songs.  : )
Posted 3 years ago by On_The_Beach    [ Reply ]
weirdly beautiful

Rock on! What a stonking tune!

Posted 8 years ago by mrdak    [ Reply ]
The ticking clock at the beginning of this song led me to think Russians by Sting was about to play
Posted 9 years ago by 1wolfy    [ Reply ]
I first heard this album in September '05 when I was staying with a friend in Berlin and his girlfriend was playing it one day. Turns out she's a huge Eels fan.  Bought it when I got home and return to its stark beauty regularly.  Great record.
Posted 9 years ago by rathersnappish    [ Reply ]
Derecho wrote:
Yes, they both sound awesome.

Cool stuff.  So simplistic.  Puts on a good show too!

Posted 9 years ago by januismer    [ Reply ]
MannAudioltd wrote:
is it me or do the eels and beck sound the same
Yes, they both sound awesome.

Posted 9 years ago by moonsaura    [ Reply ]
MannAudioltd wrote:
is it me or do the eels and beck sound the same
It's you.

Best song off a great album.

Does anyone else think of The Munsters during the outro?

Posted 11 years ago by gloriajanell    [ Reply ]
Wicked good segue from Alice Russell's High Up On The Hook.

Best song off a great album.

Does anyone else think of The Munsters during the outro?

Posted 11 years ago by arsenault    [ Reply ]
Enough of this godawful racket already!!!