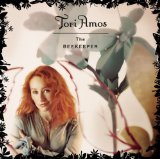 And I know
You will always love sorrow
Is that why
You gave her dress to happiness?
'Cause it matches her eyes
When she cries

Ah, yes. The Hassenpfeffer Flapjack arguement... TORI = British for Rabbit. AMOS = French for Crepe. Thus , her music is like rabbit crap. Although seemingly small and slightly annoying, there's WAY too much of it around.
Posted 15 years ago by trekhead    [ Reply ]
I want a pony!
Posted 15 years ago by MrMan    [ Reply ]
beelzebubba wrote:
I have no idea what you're talking about, so here's a bunny with a pancake on it's head: