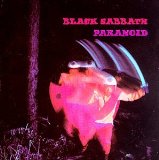 Can you help me occupy my brain?
Oh yeah

And so as you hear these words
Telling you now of my state
I tell you to enjoy life
I wish I could but it's too late
Comments (249)add comment
Looks like this only gets played once a year or so. I guess I hit the lottery.  Thanks RP.
Posted 4 weeks ago by Nkoenig    [ Reply ]

Posted 1 month ago by uksminas    [ Reply ]
Initially critics hated this  band ,but now recognize them
as  influential as the Beatles in rock music history!

PSD'd from Time after Time by Cindy Lauper to this.  Reward or punishment?

Posted 1 year ago by JckTorance    [ Reply ]
PSD'd from Time after Time by Cindy Lauper to this.  Reward or punishment?
Posted 2 years ago by roadie    [ Reply ]
PSD'd from too-mellow Suzanne Vega. WHOA!
Gimme an 8 for the sheer fun of head banging rock the fuck out of me. This is a first for me here on RP! Where have you been, Ozzy and Iommi??? Where's Iron Man, too?

Posted 2 years ago by sunflowerbee    [ Reply ]
A good song to land on from PSD.

Wow is Bill on holiday?

Hey maybe Rebecca sneaked this one in?

Still, the song itself is nothing but a 10

Posted 3 years ago by KeithT    [ Reply ]
Wow, never thought I'd hear this on RP. Greatest heavy metal song. Ever.

"What a shame. Have to listen to DM yet Black Sabbath Paranoid with a rating of 7.9 has not been heard since Oct 2014.

The Ballad of Richard Iommi

This is the ballad of Richard Iommi. Richard was a typical suburban teenager. He lived with his parents and spent most of his time hanging out with his friends, listening to records and smoking dope in his room in the basement. There was only one difference between Richard and a typical suburban teenager—he was totally obsessed with Tony Iommi. For those of you who don't know, Tony Iommi is the guitarist in the rock 'n' roll group Black Sabbath. Richard idolized him.

But Richard's devotion to Tony Iommi didn't end there. Not only did he change his last name, but he began buying vintage musical equipment circa 1969. His goal was to obtain the same make and model of guitars and amplifiers that his idol had used. He even got a 72-piece drum kit* just like Bill Ward's. Richard and his best friend would go down to the basement, get really wasted, and set up all the equipment like a shrine. They talked about the day that they would form their band. Richard, of course, would be the guitarist.—CHORUS

One day Richard and his best friend were down in the basement. Richard was cutting pictures of Tony Iommi out of old Creem magazines and pasting them in a huge collage on his wall. His friend was playing with the tuner on Richard's stereo when suddenly they both heard something that would change their lives. Lee Aaron was coming to their town. For those of you who don't know, Lee Aaron is the very talented and lovely Canadian rock singer who's also known as the Metal Queen. Richard and his friend loved Lee Aaron second only to Tony Iommi. Richard knew he had to somehow meet Lee Aaron and tell her the secret of his lineage.

On the day of the show, Richard was so excited he could barely move. In the afternoon he went down to the concert hall early in hopes of catching a glimpse of her. Suddenly, there she was. Everything in the world faded away, and before he knew it he was telling her about the double-neck guitar, the 72-piece drum kit, and why he changed his name. The Metal Queen listened, and in a single sentence brought his entire world crashing down!

"Like, why don't you sell that shit and get a life?"

Still, the song itself is nothing but a 10

Posted 7 years ago by Stingray    [ Reply ]
I'll never complain about any song RP plays on this forum because RP is the finest of all radio stations I've yet listened to. And Paranoid just sounds so much better on your favorite radio station.
There was nothing quite like the sound Sabbath introduced at the time, or before. Hats-off to Black Sabbath - this song never gets old.
Posted 8 years ago by ppopp    [ Reply ]
Sorry RP - a new low.
Posted 8 years ago by Foot    [ Reply ]
I was about to post this on Opium Jukebox's version of Iron Man, but here it is;

Oh god...
Sabbath is always fine, but this, I cannot take :(

Please don't play Paranoid or Iron Man, they're the only two songs most people know about Sabbath. Let's play Johnny Blade or Solitude or After Forever or any other song for that matter! Let's let people know how great Sabbath were!

Sounds great on clear vinyl also!
Posted 8 years ago by DaveInVA    [ Reply ]
Again, yet another reason that I love RP.   Beck had me crying 3 songs ago, now Ozzy and crew have me dancing!!

Ozzy is an embarrassment to all artist everywhere.
I'm glad he's British and not an American
Oh, because the US doesn't have any embarrassing artists anywhere...

And yeah, work sucks the big one and I'm in a bad mood

Posted 8 years ago by fredriley    [ Reply ]
On_The_Beach wrote:
I'm only paranoid because everyone's out to get me.

"Even paranoids have enemies."
—Henry Kissinger

Posted 8 years ago by Baby_M    [ Reply ]
romeotuma wrote:
Paranoid people are out to get me...  I know it...
I'm only paranoid because everyone's out to get me.

And that's relevant to his talent as a recording artist because....?

Posted 9 years ago by calypsus_1    [ Reply ]
iam_overlord wrote:
This'll clean the dust out of your ears.
True.....My wife would find this offensive.

Posted 9 years ago by cohifi    [ Reply ]
Hey I think my church choir was singing this song last Sunday? the Master at Work by ~michalisk

The official God of Heavy Metal while delivering the riffs this year in Rockwave Festival. I was at a not-so-close but nice distance from the stage, just to keep you informed. Black Sabbath is my all-time favourite band still

Tossup as to which is the human in this picture....
Posted 9 years ago by bytheway    [ Reply ]
Eveland wrote:
Ozzie is grotesque and a crackpot
So?

Posted 10 years ago by keller1    [ Reply ]
jools wrote:
Wow - straight back to 1971 and a school disco - doing what we called "The Greaser" - where you stand in lines facing each other, hands on hips and shake your head in, out and side to side... Fred from Nottingham will remember this too, I'm sure....

Poor old Ozzie....
Ian from Harlow remembers this too!

But we called it 'The Dive'

Memories . . .
Posted 10 years ago by ianmoff    [ Reply ]
rowgal wrote:
Exactly why I listen to RP - an unexpected song pops up here and there.

Agreed. Not always one that's pleasing to the ear. But that IS why we listen here. I'll just -mute- and be back in a couple of minutes, however.

Posted 10 years ago by michaelgmitchell    [ Reply ]
Wow - straight back to 1971 and a school disco - doing what we called "The Greaser" - where you stand in lines facing each other, hands on hips and shake your head in, out and side to side... Fred from Nottingham will remember this too, I'm sure....

Posted 10 years ago by kerryn    [ Reply ]
Exactly why I listen to RP - an unexpected song pops up here and there.

Posted 10 years ago by sirdroseph    [ Reply ]
No way. Not on RP. I thought for a minute that someone tuned in to WBAB-FM which plays this and Iron Man EVERY DAY. (I know this because some of the guys in our shop listen to that dreadful excuse for a radio station)
Posted 10 years ago by Ja300Mes    [ Reply ]
Middleton wrote:
this set is being replayed tonight ... I get the connection, but Cowboy Junkies to Black Sabbath?  Hilarious.

Played in a row, and somehow they all fit, I love this station......
this set is being replayed tonight ... I get the connection, but Cowboy Junkies to Black Sabbath?  Hilarious.

Posted 10 years ago by Middleton    [ Reply ]
When this was new, I didn't really care about it, but as time has passed it really is great and still sounds great in the right context.  I admit it does help not to listen to terradio, cause its been airplayed to death there.
Posted 10 years ago by kurtster    [ Reply ]
Sigh. We don't like to see our rock stars get old. I'm not sure why; maybe it reminds us that WE'RE getting old, but Ozzy has to be the worst example. Whoring himself out to reality television is beyond sad; there's gotta be a better way for an old rock star to make a buck. Anyway, I love the old Sabbath material; just don't like seeing the "Prince of Darkness" hobbling around in a senile stupor for the entertainment of the masses.

Posted 10 years ago by On_The_Beach    [ Reply ]
Takes me back to my bedroom in queens, turning it as loud and my little RECORD player could handle! I had the music going through the headphones, so avoid pissin' off pops. I had to go downstairs to do something, and I could hear the sabbath rocking through the heaphones! Maybe it was a bit tooooo loud?

Posted 10 years ago by Papernapkin    [ Reply ]
sfListener wrote:
I wonder if Cowboy Junkies have considered covering this.  Try to imagine.......

BTW, Black Sabbath DOES belong on RP given the target listenership.  The band has iconic, historic importance.  Listeners like me can always ignore it or turn down the volume for a few minutes.  No biggie.

Posted 11 years ago by westslope    [ Reply ]
sfListener wrote:
I wonder if Cowboy Junkies have considered covering this.  Try to imagine.......
That's a good one.

I bought this LP within days of it being released when I was 15.  There were huge stacks of LPs on the record store counter.

I listened to it obsessively for almost 3 months, then one day, I woke up and asked, "Why am I listening to this crap?" and immediately stopped playing it.

Also stopped listening to Deep Purple and a bunch of other similar heavier, heavy-metal stuff.

I say yes to Black Sabbath.
Posted 11 years ago by montanasara    [ Reply ]
Dedicated to Joe Horrigan where ever you are!! Palisades High School Class of 1975!!!

Posted 11 years ago by ghcollins86    [ Reply ]
stewliscious wrote:
YES!!!
Thank you for Sabbath on RP and I am glad to see that some listeners appreciate some loud and dirty rock 'n roll!
right there with ya dude!