Love and Rockets — All in My Mind 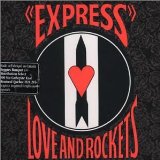 You want to rip all the
Jewels off all the idiots' backs so badly
You scream give me what I've always
Missed, give me a good time
but if you look into your mirror
You'll see that nobody has ever ripped you off
It's all in your mind

I say I've got no sense of
Fun until I know I've won again
And how do you think yes how
Do you think that feels
So, just give me an hour
I'll show you how you feel


You might want to check out a dictionary to learn the difference between a fact and an opinion.

An EIGHT in my books !

Same here. What was I thinking originally rating this a 6?
Posted 2 months ago by birdman42    [ Reply ]
ace-marc wrote:


I must have agreed with you when I rated this a 2 - still I say Long Live RP and keep on playing whatever the hell you want to BillG!!

Posted 4 months ago by lizardking    [ Reply ]
love, love LOVE that you play this band. Reminds me of going to high school - circa 1988. They were so ahead of their time.
Posted 6 months ago by RoaringMouse    [ Reply ]
Marzz_13 wrote:

Oh hell yeah! Love this one. Takes me back to my college days.


I thought it was Gary Lewis and the Playboys.
Posted 1 year ago by pinto    [ Reply ]
If you have this song somewhere (vinyl, tape, MP3) listen to the first two chords. The first is a very 60s sound, while the second is an 80s chord that gets you into the rest of the piece. Nicely crafted.
Posted 1 year ago by birdman42    [ Reply ]
ace-marc wrote:


I'm with you. Still waiting to hear it here on RP

I was never a huge Bauhaus fan (although I love Peter Murphy's solo work). But the direction that L&R took was a treat, always good fun to dance to and lots of lush sound as well (esp tracks like 'So Alive'). Hard to believe the same minds came up with 'Bela Lugosi's Dead', but then again look at the massive disconnect between 'Every Day is Halloween' era Ministry and 'Stigmata'. Change goes in both directions.

Posted 2 years ago by nevar23    [ Reply ]
I was never a huge Bauhaus fan (although I love Peter Murphy's solo work). But the direction that L&R took was a treat, always good fun to dance to and lots of lush sound as well (esp tracks like 'So Alive'). Hard to believe the same minds came up with 'Bela Lugosi's Dead', but then again look at the massive disconnect between 'Every Day is Halloween' era Ministry and 'Stigmata'. Change goes in both directions.
Posted 2 years ago by memoryboxer    [ Reply ]
crockydile wrote:
Cool!! Love it! What about Kundalini Express?

No it's not; that's just your imagination playin' tricks on you.
Posted 6 years ago by Baby_M    [ Reply ]

wgsu_1978 wrote:
At least my 2 did nothing to drop the average.
At least you're not alone with this rate.

Loved the funny Jazz Butcher and got into L&R.  Best thing about the 80s, IMO.   Not sure why they aren't played more on 80s period radio.
thanks, RP
Posted 6 years ago by fotd    [ Reply ]

aspicer wrote:
Really 6.2 is all this wise music community can muster?!


Yes, broadcast radio is often a "vapid wasteland", and while radio advertising can be called a lot of things, I don't think "pedantic" is one of them.  Ironically it can be considered pedantic for me to point that out.
Posted 7 years ago by Proclivities    [ Reply ]

Where is really all started...

Ditto. Haven't heard this song in ages and ages, almost forgot it existed. Forgot how much I enjoyed L & R. Thanks RP.
Posted 8 years ago by onelittlemoose    [ Reply ]
Yikes!

Love and Rockets comprised guitarist/vocalist Daniel Ash, bassist/vocalist David J, and drummer Kevin Haskins, all former members of the pioneering goth band Bauhaus. However, the group didn't sound very similar to its first incarnation. Instead, Love and Rockets emphasized the strains of psychedelia and glam rock that appeared underneath Bauhaus' gloomy drone, adding elements of pop songcraft, folk, and R&B, as well as cryptic, self-important lyrics. For most of the late '80s, the group had a devoted cult following, resulting in a surprise Top Ten hit single, "So Alive," in 1989. During the early '90s, the group's audience steadily declined, although they still retained a number of loyal fans.

After Bauhaus broke up in 1983, David J recorded a solo album and collaborated with the Jazz Butcher, while Daniel Ash concentrated on a side project, Tones on Tail. Haskins soon joined Tones on Tail, but the group folded in 1984. Haskins and Ash then attempted to reunite Bauhaus. David J agreed to the project, but the band's lead vocalist, Peter Murphy, refused. Instead of pursuing an incomplete Bauhaus reunion, Ash, J, and Haskins formed Love and Rockets, taking their name from the underground comic book created by Jaime and Gilbert Hernandez.

Love and Rockets released their first album, Seventh Dream of Teenage Heaven, in 1985; it received mixed reviews but it began to build their following. Express, released the following year, was more successful, charting in both the U.S. and the U.K. On Earth Sun Moon (1987) the band retreated to more atmospheric musical territory, with the notable exception of the alternative/college radio hit "No New Tale to Tell," which helped increase the group's fan base. Love and Rockets, released in 1989, broke the band into the mainstream, thanks to the T. Rex-inspired Top Ten single "So Alive." The album was nearly as successful, breaking into the Top 20 and going gold.

After the success of Love and Rockets, the members of the band concentrated on solo projects for nearly a half-decade. Love and Rockets returned to recording in 1994 with Hot Trip to Heaven, which failed to make any inroads on the pop or alternative charts. In 1996, they returned again with Sweet F.A., and Lift followed two years later.

I never had the resources to do this before, so I'm sorta like a little kid in a candy store.  It's really FUN!  And I'm keeping this one because I just love it while I'm watering the trees at the greenhouse.  Except that it makes me forget to look for where a tree has been dug up and removed, so sometimes I step into a hole and twist my ankle.
Posted 10 years ago by Cynaera    [ Reply ]
ziakut wrote:
Not really familiar with L&R...but I'm not real impressed with this tune. Middle of the road...nothing spectacular...blah. I would imagine this band to be more exciting to have witnessed live rather than listen to studio recordings. It just sits there.
I have to agree with this assessment entirely. It's actually a bit boring. 4.
Posted 10 years ago by Huey    [ Reply ]
Ya-all need to check out more of L&R's
Posted 10 years ago by neuticle    [ Reply ]
peter_james_bond wrote:
Love and Rockets. No, you can't have both! It's either Love Or Rockets!

Posted 10 years ago by bluecshells    [ Reply ]
Love and Rockets. No, you can't have both! It's either Love Or Rockets! 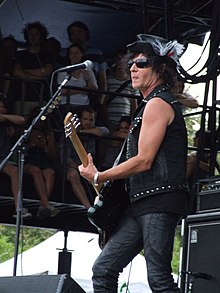 Posted 11 years ago by Jonathan_pa    [ Reply ]
Cool!! Love it! What about Kundalini Express?

Oh I just love BS statements like this one.
He said, "on radio," not "in all existence."  Regular broadcast radio is a vapid wasteland occupied by pedantic advertising overkill, obsequious DJs hyped on caffeine spewing diarrhetic nonsense, and lame Clear Channel clone bands aching for talent. . .

Screw you. Far more talent than 90% of what's on the radio today.

Oh I just love BS statements like this one.
Posted 12 years ago by mirland    [ Reply ]
smdeeg wrote:
Not my favorite LnR song, but fun to hear anyway.
In the same sense that the Partridge family is fun to hear.

Posted 12 years ago by htowncoog    [ Reply ]
tm wrote:
And btw - the russian download sites don't pay the musicians.
And BTW - the music comglomerates rip off the artists more than you can ever imagine.

Case in point: one Time Warner exec alone has FIVE (5) vacation homes scattered around the globe. Meanwhile, musicians such as Curtis Mayfield don't have the wherewithal for long-term survival of a disastrous accident that eventually resulted in his early demise.
Posted 12 years ago by jagdriver    [ Reply ]
AWESOME - I miss my cassette tape!  I will have to pick it up again...

And btw - the russian download sites don't pay the musicians.
Posted 12 years ago by tm    [ Reply ]
Yeap it's all over my mid ;) Was listening RP on my iPhone and guess what!! L&R just took me to the past and gave today's nostalgia moment.