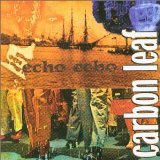 Chorus
Comments (53)add comment
This will likely win my Most Pretentious Song Du Jour award today. It had a little potential I guess, maybe, first verse, but the fiddle-dee-do's and whistling la-dee-da totally blew it. Celts have a tendency to ruin a lot stuff with their insistent on the precious.
Posted 1 year ago by Grayson    [ Reply ]
Just moved it up to a 9
Posted 1 year ago by Jdingman    [ Reply ]
I discovered Carbon Leaf on RP, and really dig their sound. Their song that really gets me is 'The War Was In Color', Bill plays it occasionally.

bbunyard wrote:
I love Carbon Leaf! But this is really the only Celtic-sounding album in their stable. Frankly it's my least fave album too.

Posted 5 years ago by bbunyard    [ Reply ]
TerryS wrote:
I keep envisioning Shane McGowan rasping this out after consuming copious C2H60.

much like
Posted 6 years ago by squidish    [ Reply ]
Just the song I needed to get me going this AM with lots of work to do. Carbon Leaf is very creative and this is a particularly good example of the genre-crossing talent.
Posted 6 years ago by jcioban    [ Reply ]
ivanaus wrote:
REfreshing band with its Celtic shades and variety.  A little bit of post Richard Thompson Fairport.

I have served the post-911 Military Industrial complex for 10 years, first as a soldier in Baghdad, and now as a defense contractor.

At the time of my enlistment, I believed in the cause. I was ignorant, naïve, and misled. The narrative, professed by the state, and echoed by the mainstream press, has proven false and criminal. We have become what I thought we were fighting against.

Recent revelations by fearless journalists of war crimes including counterinsurgency “dirty” wars, drone terrorism, the suspension of due process, torture, mass surveillance, and widespread regulatory capture have shed light on the true nature of the current US Government. I encourage you to read more about these topics at the links I have provided below.

Some will say that I am being irresponsible, impractical, and irrational. Others will insist that I am crazy. I have come to believe that the true insanity is doing nothing. As long as we sit in comfort, turning a blind eye to the injustices of the world, nothing will change. It is even worse to play an active part, protesting all along that I am not the true criminal.

I was only a foot soldier, and am now a low level clerk. However, I have always believed that if every foot soldier threw down his rifle war would end. I hereby throw mine down...

Posted 7 years ago by Lazarus    [ Reply ]
Everybody in my church loves this song...

To: George W. Bush and Dick Cheney
From: Tomas Young

I write this letter, my last letter, to you, Mr. Bush and Mr. Cheney. I write not because I think you grasp the terrible human and moral consequences of your lies, manipulation and thirst for wealth and power. I write this letter because, before my own death, I want to make it clear that I, and hundreds of thousands of my fellow veterans, along with millions of my fellow citizens, along with hundreds of millions more in Iraq and the Middle East, know fully who you are and what you have done. You may evade justice but in our eyes you are each guilty of egregious war crimes, of plunder and, finally, of murder, including the murder of thousands of young Americans—my fellow veterans—whose future you stole...

Holey bat's ears tumaman, you be right!
Thank you!  This song is really fantastic...

Carbon Leaf's wordsmith knows how to pen some lines, huh? 'The War was in Color' is another one of their great lyrical efforts.

Everybody in my hotel room loves this song...

The first time I've heard Carbon Leaf and liked it. I'll have to give them another try...
Posted 9 years ago by robco1    [ Reply ]
I'm going to have to try and see these guys in person!

Big Country meets Steeleye Span with a hint of Chieftains. Hmm. Could grow on one.

Posted 10 years ago by DigitalJer    [ Reply ]
peter_james_bond wrote:
Big Countryish. I like it.
...with Billy Joe Armstrong on vocals. :) I like it, too.