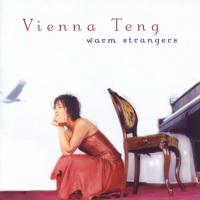 For I must die for what I've done
A twist of fate, a desert sun
For I see what I destroy
Sweet reflection knife into me
For I see what I destroy
I can see what I've begun
Comments (159)add comment
Per Ultravox; Midge Ure... “...ahhh Vienna...” Lovely. A 9 today.
Posted 1 year ago by mach-hog    [ Reply ]
I saw this young lady in a small theater here in Eugene, Oregon.  It was amazing, one of the best concerts and she is such an entertainer.  I wish she would come back again.  This lady is a Piano Prodigy, you would freak.  Her voice, even though she doesnt think so, is amazing.
Posted 1 year ago by MangyKen    [ Reply ]
Her voice is amazingly strong and delicate at the same time. Really incredible singer and songwriter.
Posted 2 years ago by scrubbrush    [ Reply ]
crispynz1 wrote:

Posted 2 years ago by radioparadise9    [ Reply ]
I had the great pleasure of seeing her perform in Portland, Maine of all places. I was enthralled. I barked out a request at one point, (something I am usually loathe to do), she complied. At the end of the evening, my wife pointed me out to her as her biggest fan in the room, she gave me a hug. I'll never be the same.
Of course, I was her biggest fan in the room, because I had heard her on RP years before, and followed what I liked.
Thanks Bill and Rebecca!
Posted 3 years ago by blackdogsailing    [ Reply ]
My wife and I saw her perform last week and it was fabulous.  Thanks Bill.   What a talent
Posted 3 years ago by V12Silly    [ Reply ]
ziggytrix wrote:
She comes across a bit too bombastic for my tastes, but despite that, I find myself quite enjoying the selection of her songs that is played here.
Agreed, at times. But I really like Level Up and Augustine. And she has the great benefit of sincerity and artistry.
Posted 4 years ago by kingart    [ Reply ]
leafmold wrote:
She has a lovely voice but she always seems on the verge of being histrionic, like the soundtrack to the Titanic or something.

She comes across a bit too bombastic for my tastes, but despite that, I find myself quite enjoying the selection of her songs that is played here.
Posted 4 years ago by ziggytrix    [ Reply ]

Posted 4 years ago by Philthefrenchy    [ Reply ]
I am Dr. Strangelove and I approve of this song.

You really waited 5 years to post this insightful observation!? Maybe I should feel honored. And still don't hate this.
Posted 4 years ago by bam23    [ Reply ]
bam23 wrote:
No, it's just the stupid ones who react that way. Gosh, I hope I have not offended anyone who gloats about hating Vienna Teng?

It sounds like it really bugs you that some people don't like what you like.
Posted 5 years ago by Hannio    [ Reply ]
With this one, Vienna has created a masterpiece

Posted 5 years ago by 1wolfy    [ Reply ]
Captain trip with a freudian slip makes starboard a port-a-john tipping look alike.
Posted 6 years ago by twoplain2sea    [ Reply ]
colt4x5 wrote:
Too much like old Renaissance. Partly it's the tedious piano.

I just love old Renaissance and Annie
Posted 6 years ago by lavaracer    [ Reply ]
Daughter is in marching band and during a contest a couple weeks ago one of the bands played a bit of her music.  Melody was hers, could not really recognize the tune.
Posted 6 years ago by xtalman    [ Reply ]
michaelgmitchell wrote:
Funny, I'm with you on this one. Usually, she's delightful. This sounds like something off a Jim Brickman album. Yikes. (The fact that I even know who Jim Brickman is, scary in itself...)

Seems like I should consider myself lucky that I don't know who Jim Brickman is.
Posted 6 years ago by Proclivities    [ Reply ]
Too much like old Renaissance. Partly it's the tedious piano.

In Greek mythology, Medea (Greek: ΜÎ®δεια, MÄdeia, Georgian: ááááá, Medea) was the daughter of King Aeëtes of Colchis, niece of Circe, granddaughter of the sun god Helios, and later wife to the hero Jason, with whom she had two children, Mermeros and Pheres. In Euripides's play Medea, Jason leaves Medea when Creon, king of Corinth, offers him his daughter, Glauce. The play tells of Medea avenging her husband's betrayal.

... sounds dramatic to me.  I guess it's more of a scorned princess in a rainy field clutching a bundle singing to her Grandfather "the Sun" to help avenge her husband's betrayal.

Although, it might have a deeper meaning to the artist herself--->

Medea killed her children by accident. The poet Creophylus, however, blamed their murders on the citizens of Corinth. Medea's deliberate murder of her children, then, appears to be Euripides' invention although some scholars believe Neophron created this alternate tradition. Her filicide would go on to become the standard for later writers. Pausanias, writing in the late 2nd century, records five different versions of what happened to Medea's children after reporting that he has seen a monument for them while traveling in Corinth.

Fleeing from Jason, Medea made her way to Thebes where she healed Heracles (the former Argonaut) for the murder of Iphitus. In return, Heracles gave her a place to stay in Thebes until the Thebans drove her out in anger, despite Heracles' protests.

She then fled to Athens where she met and married Aegeus. They had one son, Medus, although Hesiod makes Medus the son of Jason. Her domestic bliss was once again shattered by the arrival of Aegeus' long-lost son, Theseus. Determined to preserve her own son's inheritance, Medea convinced her husband that Theseus was a threat and that he should be disposed of. As Medea handed Theseus a cup of poison, Aegeus recognized the young man's sword as his own, which he had left behind many years previous for his newborn son, to be given to him when he came of age. Knocking the cup from Medea's hand, Aegeus embraced Theseus as his own.

Medea then returned to Colchis and, finding that Aeëtes had been deposed by his brother Perses, promptly killed her uncle, and restored the kingdom to her father. Herodotus reports another version, in which Medea and her son Medus fled from Athens to the Iranian plateau and lived among the Aryans, who then changed their name to the Medes.

Her lyrics are brilliant. The arrangements back up the lyrics with passion.

Posted 9 years ago by thumoeides    [ Reply ]
I generally like Vienna Teng's music but I just can't seem to force myself to download/pay for it.   What does that mean?  lol...

The name implies a couple things to me, and it's going to depend on the gender of the person using the handle.

It says either that it's dangerous because it has teeth, or (assuming the poster is a he) that his equipment is a danger to a pussy due to having weeping genital sores or something.

Different is always great. And for that I like this song alot.

Posted 10 years ago by LucidDreamer    [ Reply ]
Wow! I had no idea so many people hated Vienna Tang so much. She's really not that bad — just a bit too slick and overproduced.
Posted 11 years ago by handyrae    [ Reply ]

I took my pill. I promise !

Posted 11 years ago by blades    [ Reply ]
Thank you RP for playing this song, I've finally found a new low, a new arm pit, a new underground pool of waste that I can compare other music too. Now let me go dry heave cause I have nothing left on my system.
Posted 11 years ago by C019740    [ Reply ]
This song would not make the sound track for "Princess Dangerpussy" the movie.... https://www.youtube.com/watch?v=hTWAlB-FavY This however probably would. =^.^=

Blaggart wrote:
You wouldn't say that if you knew about the upcoming Princess Dangerpussy movie.

Presenting an image of vomiting.  Very classy......
Why thank you, shocking isn't it? And Bill gave that emoticon as a choice for forum members because??

Posted 11 years ago by twcarlin    [ Reply ]
Dangerpussy wrote:
I usually avoid negative comments but this is triggering my gag reflex. Sounds like she should (over)sing for Disney. Painfully horrible.
You wouldn't say that if you knew about the upcoming Princess Dangerpussy movie.

Posted 11 years ago by Blaggart    [ Reply ]
I usually avoid negative comments but this is triggering my gag reflex. Sounds like she should (over)sing for Disney. Painfully horrible.
Posted 11 years ago by Dangerpussy    [ Reply ]
twitterpated wrote:
This sounds like a song from a Disney film.  Impassioned, high-toned female voice swelling emphatically.  I picture a ragged princess standing in the middle of a rainy field clutching a bundle to her chest singing to the sky. . .

Posted 12 years ago by rjewyo    [ Reply ]
coldatlantic wrote:
this morning I read Medea.  this afternoon I saw an adaptation of Medea.  Vienna's rounding out the day.
And just last Saturday I saw Cavalli's Jason (baroque opera) at Chicago Opera Theater, so I'm all about Medea right now, too!
BTW, that opera doesn't begin to do Medea justice - she ends up finding happiness with a Spartan king in Cavalli's version.  No children were killed, no madness raged, no buildings burned ...  Cavalli appears to have been the Baroque equivalent of a Disney movie!
Posted 12 years ago by KitKat    [ Reply ]
Nien! Nien! Nien! Ni........

Posted 12 years ago by jagdriver    [ Reply ]
junebaby65 wrote:
Mommy make it stop!!!!
Reminds me what my daughter says when she sees a picture of an affenpinscher:

Posted 13 years ago by 1wolfy    [ Reply ]
I really dislike comparisons. Why cant someone sound like.. themselves?

In any case.. I when I first heard this, I thought... "Wow. Liz Phair has really improved her vocals!"
Posted 13 years ago by Milk5Cents    [ Reply ]
onomasticator wrote:
Calling Andrew Lloyd Weber ... gag.
LOL!  I too was wondering from what musical this came. (Not that I don't appreciate musicals, necessarily.)

Saturday night: get about as oiled as a diesel train, but not at RP, 'least fer now.
Well, that's your problem right there...You can't tune in to RP hoping to hear one type of music. The beauty of RP is its variety. If you know you only want rock & roll--there are many traditional radio stations that can oblige you.
Posted 15 years ago by QueenLucia    [ Reply ]
Oh, Vienna

Saturday night: get about as oiled as a diesel train, but not at RP, 'least fer now.
Posted 16 years ago by MojoJojo    [ Reply ]
mmmmmh. am i missing something?

Posted 16 years ago by R_P    [ Reply ]
Meh. I get that other people really like her, but she doesn't do anything for me. On the other hand, I can't say that I totally hate her. It's pretty much in the "music that's just there" pile for me.
Posted 17 years ago by serendipity_blue    [ Reply ]