Joe Strummer & The Mescaleros — All In A Day 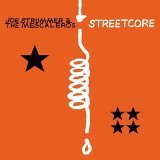 Hey ho hey
try not to get bent
got a busy day, I'm wearing a vest

The armor ten, and the I95
Tupuolo Joe honey and his rhumba jive.
the look came out, and life broke out
'it must be a hex'
I swear the -- loaded right on the desk
hey, let's go do this

darling gardenia markoson senior
over in Montrose, they say you got hosed
I ain't sayin' I ain't got out you ain't no snitch
shaky D's talkin' a-- in the ditch

RP really rocks today!!
Posted 4 months ago by justin4kick    [ Reply ]
This is a desert island rock album for me! It's so joyful and driving and whenever I'm feeling low, I put this album on and it never fails to pump me up. RIP JS!
Posted 5 months ago by argexpat    [ Reply ]
Thanks RP or I would have never heard this post-Clash noise (and I mean that in good way)
Posted 7 months ago by johnnycache    [ Reply ]
Just turn it up
Posted 1 year ago by michaelc    [ Reply ]
One of my top 10 albums of all time - maybe 5...

UncleChig wrote:
Buy this Record .. BUY IT BUY IT ! !! Too much Groove to not Moove
I completely agree. A really great album with a lot of that "groove to move."

Fit's for this  day..
Posted 3 years ago by parttime    [ Reply ]
Rockin set man.
Posted 4 years ago by skyguy    [ Reply ]
Another great musical (ad)venture from Joe Strummer. Definitely made his mark while among the living. Humble Opinion.

...and a brilliant follow-up by RP coming off of QMS. Once again setting the bar for all radio stations and listeners. Thank you
Posted 4 years ago by zedstation    [ Reply ]

Posted 5 years ago by NCEyeballKid    [ Reply ]
thewiseking wrote:
reminds one of Big Audio Dynamite. remember them?

Saw them at the late, lamented Bayou in DC touring behind their second album. Closed the show with an epic version of Prince's "1999." Place went apeshit.
Posted 5 years ago by WonderLizard    [ Reply ]
Dude wrote:
Nice!  The drums are awesome.  I'll give it a 9.

(I don't know what drug you have to take to see a resemblance...)

Like rock stars with mohawks brooding in leather jackets studded with spikes, the snail genus Alviniconcha shares a spiked shell.

“Because they look like punk rockers in the 70s and 80s and they have purple blood and live in such an extreme environment, we decided to name one new species after a punk rock icon,” said Shannon Johnson, a researcher at the Monterey Bay Aquarium Research Institute.

The name A. strummeri honors Joe Strummer, the lead singer and a guitarist of the British punk rock band The Clash.

The golf ball-sized snails rock out near hydrothermal vents at the bottom of the ocean, as deep as 11,500 feet. They look identical but are in fact separate species, Johnson confirmed after studying their DNA.

The lead author, Johnson published the findings this month in the journal Systematics and Biodiversity. The paper introduces five new species found in the Western Pacific and Indian Ocean.

It’s not uncommon to name species after celebrities and cultural icons. To name a few, there’s a Bob Marley crustacean parasite, a Beyoncé bee-like fly and Lady Gaga genus of plant. One scientist named a species of jellyfish after Frank Zappa in hopes of meeting the musician. And it worked.

But scientists mostly use celebrity names in a “shameless bid” to draw attention to their work, taxonomy and biodiversity said Quentin Wheeler, director of the International Institute for Species Exploration at SUNY.

“In our culture, it is one sure way to get species noticed,” Wheeler said. “Some scientists frown on the practice, but their science is in trouble, and if a little humor helps, why not?”

As long as scientists follow the international codes of botanical and zoological nomenclature, they name species as they wish.

“This gets people excited about science,” Johnson said. “Otherwise, people might not see these snails.”

Funny, I thought this was BAD as well...  it all comes around.
Posted 8 years ago by Biscobret    [ Reply ]
This song is soooo good it makes us tear our clothes off and dance...

Yes, this song is soooo good for the external auditory meatus...

Posted 8 years ago by (anonymous)    [ Reply ]
thewiseking wrote:
reminds one of Big Audio Dynamite. remember them?
Sure do.  They even showed up last summer at Lollapalooza in Chicago, and were fairly well received by today's hipsters.

Nice to see Mick still out slugging it out in 2011.  Joe must be smiling somewhere. 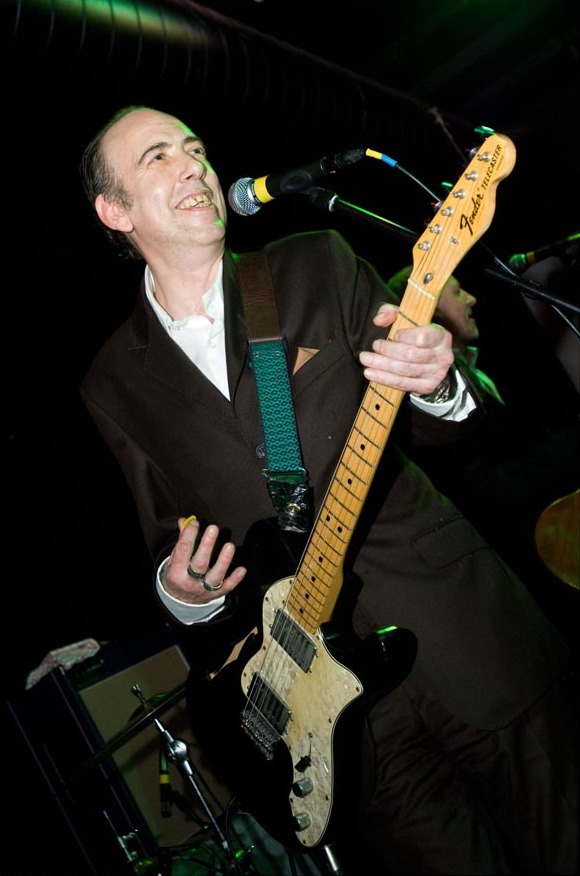 I got to see the last 4 shows they did in Brooklyn. A perfect mix of mescaleros and clash.
Posted 9 years ago by meuks    [ Reply ]

Just started dancing early today...  this will be an active day...  love it...

Posted 10 years ago by (anonymous)    [ Reply ]
Joe and the Mescaleros: EASILY one the two best shows I've ever been to (at the Troubadour and at the Fillmore). Damn, they ROCKED. He rocked. He loved that band. He loved these songs (and Clash songs too).
Posted 10 years ago by Angloray    [ Reply ]
sabige wrote:
Opening iTunes through RP link & purchasing!
wonderful!

Yessss...  this song is soooo good to dance to!

Just turned the volume up... we be dancing...

Posted 10 years ago by Al_Koholic    [ Reply ]
SORRY ''EXCELSIOR''...... BUT I HOPE YOU CHOKE ON YOUR OWN ''DRIVEL''......  OTHER THAN THAT~ B.A.D. NEVER SOUNDED AS GOOD AS THIS... AND I LISTEN TO THEM AS WELL.  SORRY, BUT JOE & THE MIGHTY TALENTED MESCALEROS WERE KING!
Posted 10 years ago by MRSHYDE    [ Reply ]
KurtfromLaQuinta wrote:
That was Mick Jones' group.
This was Joe sounding a little like them.

And the Clash too!

Joe was much better on his own than BAD or the Clash IMO.

This song is soooo good for the ears...

Posted 11 years ago by ryuujin23    [ Reply ]
thewiseking wrote:
reminds one of Big Audio Dynamite. remember them?
That was Mick Jones' group.
This was Joe sounding a little like them.

And the Clash too!

Posted 12 years ago by HarrO    [ Reply ]
reminds me of the aged pink panther cartoon.dont know why

Posted 12 years ago by betsyroks    [ Reply ]
Excelsior wrote:
This is utter drivel.

Posted 12 years ago by Excelsior    [ Reply ]
buddyweiser wrote:
we're missing you Joe
I second that emotion ...