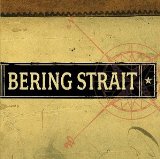 What shall we do with a drunken sailor?

dress him up in hugo boss
Posted 1 year ago by alxsib    [ Reply ]
Cool. Ruskie roots music. Turn it up, man!

Posted 1 year ago by Grayson    [ Reply ]
paulig.gr364 wrote:
I listen to RP to get away from russian garbage music and culture, but it finds me even here.

OMG Paulig!  I know what you mean... I was in Starbucks the other day, and there it was Russian Garbage Music being played in the back ground. I was driving into work this morning, and Lo and Behold, Who'da thunk it! RGM was being played on NPR. I was in Italy last week on vacation, and RGM was all over the radio.

RGM Its everwhere!  You can't get away from it. Maybe its a  Putin-ish subliminal plot to help re-elect Trump?

I'm russian and was so confused hearing it at RP. Hope I'm not the only person


ЕБАНЫЙ ХОХОЛ
Posted 2 years ago by Zurke    [ Reply ]
paulig.gr364 wrote:
I know you guys at RP are eclectic and all, but I listen to RP to get away from russian crap like this, and when this or something like nogu svelo comes up I can't believe my ears at first.
Exactly!  It's impossible to get away from music like this.  Every turn of the radio dial, every supermarket muzak playlist, every high school dance.  Let's break away from this endless East European folk pop!
Posted 2 years ago by cely    [ Reply ]
psdradio wrote:

RP needs more diversity and this is great to hear. Too much ho hum boring beat, barf lyrics. This is supposed to be eclectic, let's hear eclectic. Anyone who likes this should listen to Hoven Droven (Sweden) and Hedningarna (Sweden & Finland).

Posted 2 years ago by psdradio    [ Reply ]
RP needs more diversity and this is great to hear. Too much ho hum boring beat, barf lyrics. This is supposed to be eclectic, let's hear eclectic. Anyone who likes this should listen to Hoven Droven (Sweden) and Hedningarna (Sweden & Finland).
Posted 2 years ago by psdradio    [ Reply ]
Yes I agree, we need more diversity, the fiddling is great and try scatting in Russian... Finafek wrote:

Oh come on people!  only a 5.6 average?  That was freakin' awesome!    Ah well,   Thanks for keeping up the diversity

You wonder what some of the old fart deadheads are doing listening to an eclectic radio station.  All they do is complain about the eclectic stuff.  Doh!
Posted 3 years ago by Jota    [ Reply ]
oldfart48 wrote:
love bluegrass by any other name, this rocks

That's what caught my ear.  Masterful playing.
Posted 6 years ago by Andy_B    [ Reply ]
Ð¡ÑÑÐŽÐœÐŸ Ð±ÑÑÑ ÑÑÑÐºÐžÐŒ.
Shame to be russian. 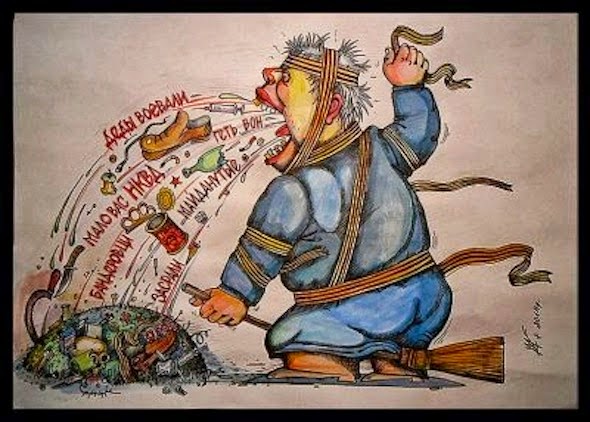 not at four in the morning when you're trying to concentrate on dull, boring computer stuff.....

with staves, perhaps?
Posted 6 years ago by TerryS    [ Reply ]
Farfromgrüven
Posted 6 years ago by ick    [ Reply ]
Great tune! Thanks RP. For me this is what RP is all about. Great new music (for me, anyway).
Posted 7 years ago by kayakingclark    [ Reply ]
Geecheeboy wrote:
Heard this here, bought it for my mother, who served 18 months in Yekaterinburg Russia teaching English. She really enjoyed it for a time. Now she has Alzheimers and no longer knows it. Why do I put my business in the street? I don't know. Maybe because you are my community, an extension of my family.

Sorry about your mother, but glad you felt comfortable sharing it here.  Will be down to visit the family soon while sneaking out for Charleston Race Week as often as possible.  You know, some folks think that's a gorget rather than a crescent moon.

As for this song ... I kind of liked it, and it blended nicely into the Harry Manx that followed.  Shows a thematic parallel from around the globe.

I'm from Russia and I still don't adore this, I just can stand this as well as lot's of other stuff here on RP.

There aren't many Russian songs on RP, right enough. I was shocked, too, by the sound, but pleasantly - it really grabbed my attention. The sound is very americo-celtic, IMO, and if not for the Russian lyrics you'd think that this was a song from the US backwoods. Very, very RP. 8 from the Nottingham jury.
Posted 7 years ago by fredriley    [ Reply ]
whtahtefcuk wrote:
Easy, the worst song I have ever herd!

Bluegrass is big internationally.  I don't know if this qualifies but to my ears it does.

Shameless plug the International Bluegrass Festival is held here in Guthrie OK every October.  They bring in acts from all over the world.

BTW, the Wikipedia link points to the actual Bering Strait. :)
Check out Katzenjammer's cover of Genesis's "Land of Confusion"—really great.
Posted 8 years ago by kcar    [ Reply ]
Heard this song when 60 Minutes did a profile on these kids:

Love this album and this song in particular!

There was also a documentary movie made — The Ballad of Bering Strait — that was quite good.
Posted 8 years ago by eswiley2    [ Reply ]
Fun indeed! Coincidentally, I also heard Katzenjammer on RP for the first time this weekend.

BTW, the Wikipedia link points to the actual Bering Strait. :)

Posted 9 years ago by blackm00n    [ Reply ]
Otomi wrote:
What shall we do with a drunken sailor?
Send him to Siberia?

It's a long way from Appalachia to Nizhny Novgorod but hey the music rocks!

Posted 10 years ago by unclelonghair    [ Reply ]
I just LOVE this song - it's so joyous!  Putting it right after DeVotchKa's "Viens Avec Moi" is devilish good fun.  Thanks, Bill - made my morning a lot brighter.

Not something I might seek out but - vive la Radio Paradise!  You never know what's next.
I agree!!

Not something I might seek out but - vive la Radio Paradise!  You never know what's next.
Posted 10 years ago by horseplayer    [ Reply ]
Giselle62 wrote:
How About ...  Leningrad Cowboys? 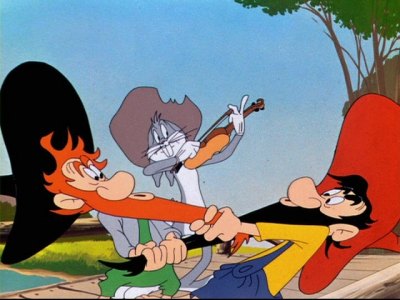 A wonderful fusion of Russian and American folk!

Okay, I'm sorry.  But what is with the stain in his crotch and is that some sort of "Catch Bin" on her dress under his left leg?

I love the song by the way and would have just as much fun dancing to it as these two... minus the stain... I hope.

Posted 10 years ago by Felix_The_Cat    [ Reply ]
I can see why this one is getting lower ratings, but if you understood the words... hilarious! love it -
Posted 10 years ago by moscow_chic    [ Reply ]
How About Devotchka   Bering Strait   Leningrad Cowboys   Gogol Bordello?
Then for some perspective; that sad one about the pogroms, Voi Vo Va, whatever their name is? oi va voi...

Posted 11 years ago by sandpebble    [ Reply ]
pugifat wrote:
I think I remember the alternate reality movie this song must have come from - Red Dawn with Patrick Swayze (R.I.P.)  The USSR invades the heartland - good stuff.

One of the absolutely worst movies of all time. Unfortunately it was the only thing playing in Sault Ste. Marie the night my five-year-old son and I were in town with nothing else to do.

(He was too young to shoot pool.)

Loosen up, you haters! I have to give it a 10 now just to balance you people out!

Polushka-Paranya is a very old Russian love song, probably dating to the early 18th century, possibly around the time of Tsar Peter the Great. There are a number of old expressions in this song no longer used commonly anywhere in Russia, much as a lot of words have also disappeared in the English language. It can be difficult for an American translating this song to understand it initially, as the expression of love is a bit different from what would be used in English today. Many of the word endings are signs of affection which are difficult to translate literally into English.

The song is about a woman named Polushka-Paranya (I am told this is the original name, and the transliteration version in the song uses Porushka-Paranya). She is asked why she loves a man named Ivana. She replies, in essence:

"I love my Ivana because of his thick curly hair and beard covering his entire head and face. He is such a brave, good man. And when he walks around the house in his long boots I can hear him click his heels (i.e. implied in joy) and (implied) I love to hear that sound as he taps his feet. Then, this clever man says to me "Oh can't you see that you have dried me up (i.e., my love for you is so intense, it is all I have left); and even if the cold weather and wintery winds were to pass, my heart would still remain frozen (i.e. captured) by you. That is why I love Ivana. I love him for his soft, curly head and beard and his wise and wonderful way of telling me he loves me. That is why I love Ivana."

Interpreters tell me in essence it is about a couple in a little village in Russia. She is telling about the little things she likes as they pass the cold harsh winters together in their cottage and Ivana putters about the house.

Long hair and big beards were common in Russia, not just as a protection from the cold, but part of Orthodox Catholic religious teachings. Peter the Great, thinking the huge beards were archaic and didn't represent Russia well in the west, ordered beards and mustaches shaved and then taxed if anything were left. He personally sheared many of his own staff, often painfully. The repeated reference to his bushy beard and air is thus typical of what was once considered very attractive in 18th Century Russia.

I suspect much of the rapid pace of the song and short, choppy words at the start of sentences are some very impressive poetry mimicking the clicking of Ivana's heals as he walks and dances around the house. In fact, I suspect few people can resist tapping their feet in joy at this song, just as Ivana did for his love for his wife.

JonnyQ's note - This song was used for the background of a scene from an episode of "Alias."