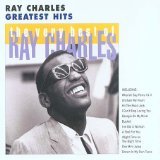 Merry Christmas through these very trying times.
Posted 1 month ago by Rockit9    [ Reply ]
just dumped this to a 10 where it should have been already just based on the album title, which is genius it its on right!
Posted 2 months ago by mikedgreene    [ Reply ]
Thanks for this little gem Ray.
He sure broke on through to the other side

Posted 2 months ago by fforgetso__    [ Reply ]
Long Live RP! and Thanks Bill and Rebecca for starting my day off right here in Korea
Posted 2 months ago by mjbaumann    [ Reply ]
I had some friends who used to work at a well-known instrument shop outside of Washington, DC. Ray Charles knew the owner and some of the long-time staff, and would often stop by when touring.

To give him and his band some privacy while they were checking out new instruments, the shop would close for a few hours when they came by.

Of course, all the staff would want to be there at the time, and the owner would let them, with a caution to the new staff to "be cool" and not bug or fawn over the guys. And then, as a special treat, he'd ask for a volunteer from among the newer staff to demo whatever new keyboard they had at the time for Ray.

The lucky guy would be introduced to Ray, who would have a seat at the keyboard and politely nod and say "Mm-hmm" and "Yeah" while this guy explained the keyboard's main functions and where they were.

And when this guy finished his description of the features, Ray would move his head as if he were looking it over, and then fix his gaze at a corner of the controls, point his finger and say, "What about that orange button there, what's that do?"

Of course, Ray and the owner had worked this out beforehand ("point to an orange button right over the F above low C"), but the look on the employee's face must have been priceless as he tried to "be cool" in front of Ray Charles and his entourage while thinking he had just learned that Ray could actually see!

Though the music has a kind of slow rolling boogie sound, I'm trying to think of how many songs rocked this hard prior to its release (and I'm emphasizing the word rock in the sense of full power release).  Not Elvis, maybe Jerry Lee Lewis or Little Richard, and though he's closer to the rock and roll sound, probably not Chuck Berry.  I'm probably missing a lot.  What do you think?

What do I think?  That 176 BPM is hardly slow-rolling, but maybe I am showing my age. Kids these days...
Posted 8 months ago by sjccroquet    [ Reply ]
Though the music has a kind of slow rolling boogie sound, I'm trying to think of how many songs rocked this hard prior to its release (and I'm emphasizing the word rock in the sense of full power release).  Not Elvis, maybe Jerry Lee Lewis or Little Richard, and though he's closer to the rock and roll sound, probably not Chuck Berry.  I'm probably missing a lot.  What do you think?
Posted 9 months ago by cely    [ Reply ]

I remember dancing to this in my romper suit when I was two years old.  I just loved it, and that man's voice still touches a deep and joyful place in me.

Excuse me, I don't think there's anything wrong with the action on this piano.

Posted 1 year ago by diannemck56    [ Reply ]
Proof, if proof were needed, that less is more. Takes a good 'un to get my knees acting of their own accord, and right now they're auditioning for the Moulin Rouge!

Posted 2 years ago by evansdad    [ Reply ]
I remember dancing to this in my romper suit when I was two years old.  I just loved it, and that man's voice still touches a deep and joyful place in me.

"See the girl with the red dress on"? 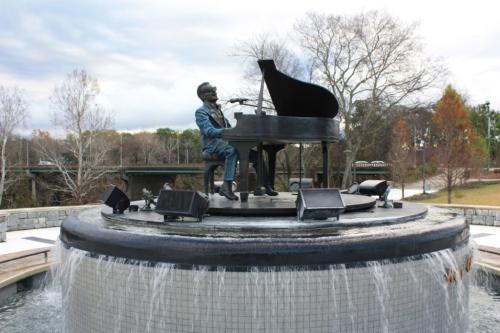 tintin77 wrote:
The drums is what also makes this song. awesome!!!
Milt Turner - he variously described it as a "faux rhumba" and a conga rhythm. It's one-of-a-kind, that's for sure.
Posted 3 years ago by nagsheadlocal    [ Reply ]

Ray can always get my head swinging and toes tapping!
Posted 3 years ago by DigitalJer    [ Reply ]

This 10 track really gets me playing some "desktop air piano" at work.  And while my piano playing days are behind me, I still think I could figure out the left hand pretty quickly.  This guy was sooo good!

Posted 4 years ago by senorcerveza    [ Reply ]
On_The_Beach wrote:
Thelonious Monk followed by Brother Ray; it doesn't get much better!

One more time, yes
Posted 4 years ago by h_in_bristol    [ Reply ]
Groovin Up

Nonproductive for a while at work.

That's fine. Life is short. Take the simple pleasures when they come up on the playlist. >

Posted 5 years ago by Steely_D    [ Reply ]
Hey coders...it's the funk that disrupting your brain.

Today it was C++.  And trying to recreate a paradox DB.
Posted 5 years ago by AvoidingWork    [ Reply ]
msymmes wrote:
Yeah.  I am trying to cut some PHP code.  Can't concentrate when this comes on !

Yes, in many ways American Idol is the worst thing to happen to popular music since mandatory playlists for radio stations in the late 1970s.  It's done even more damage than MTV did.
Posted 6 years ago by Proclivities    [ Reply ]
Years ago (ALMOST 40!), there was a classic SNL bit where John Belushi was doing a bit as Beethoven on the piano.  Gilda Radner (as Mrs. B.) is of course screaming at him, because Ludwig can't hear a damn thing.

Yeah that would be it
Posted 6 years ago by DanFHiggins    [ Reply ]
Krakus wrote:

ps he would have been bombed straight off at the first auditions.
Posted 6 years ago by DaidyBoy    [ Reply ]
unclehud wrote:
Rated this a 9 despite only 25 words in the entire song¹ .  Boogie-woogie!

Miss you so much, Cynaera...
You are not alone Romeo.
Posted 7 years ago by Huey    [ Reply ]
okay so I just changed my rating from most excellent 2 outstanding! So there!
Posted 7 years ago by laozilover    [ Reply ]
Cynaera wrote:
I have to say that if I'd tried to listen to this before I was of legal age, I wouldn't have been allowed. And after I was allowed, it was an acquired taste. Now, I just love it unashamedly. Ray Charles rocks.

just the rhythm of the piano here makes this song absolutely awesome, as well as the lyrics and the rest of the music...

Posted 7 years ago by Lazarus    [ Reply ]
bronorb wrote:
I actually saw Ray Charles at a concert at a high school auditorium in Neenah, Wisconsin around 1990(?) or so.
He was awesome but the crowd was very white, conservative and uptight.
WE had a great time, regardless.

Must have been because the Packers won only 6 games in '90 and followed that up with 4 wins in '91.  If Ray would have played there in '92 when Holmgren & Favre got there and GB started their great 90's run, the crowd would have been more upbeat.  It wasn't Ray's fault...Just a theory.
Posted 7 years ago by treatment_bound    [ Reply ]
Much better than Andy Garcia's take.
Posted 7 years ago by shplody    [ Reply ]
marvelous...  we be dancing...  love it...

Posted 7 years ago by Pedro1874    [ Reply ]
The Beatles' Boys sounds so similar to this it's almost creepy. And I hate Boys.

Edit: ty for the link TwinEngine. I do appreciate the mark it has had on music, but I just don't think how it is played on RP is the same as how it was intended. Ray's vocals are very far in the background. I can't imagine there is a problem with my certain feed, but his vocal track is not balanced with the rest of the tracks? A.K.A. I have to strain to hear him, where the rest of it all pipes thru very well...any comments?

It's an old-time stereo recording where they put the vocals almost entirely in one channel and some other instruments in the other, rather than mixing it more down the middle. What this means is you're only hearing one channel of the stereo recording.
Posted 8 years ago by ScottFromWyoming    [ Reply ]
Beautiful!

Posted 8 years ago by baddog8it    [ Reply ]
That's one clever (almost magical) algorithm you've got on the PSD button Bill!

yeah, it's subtle, but it's there as subtext.

Posted 9 years ago by finoufk    [ Reply ]
Maggle_Bish wrote:
Am I the only one that finds this song incredibly obnoxious? I think I am...

I don't know about incredibly obnoxious, but I've never really gotten into Ray Charles.  It's a 4 at best.

Posted 9 years ago by Byronape    [ Reply ]
Maggle_Bish wrote:
Am I the only one that finds this song incredibly obnoxious? I think I am...

Yes, the only one.