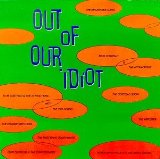 song
album
artist
(no lyrics available)
Comments (79)add comment
At first I thought this was Timbuk 3. Similar sound, similar time frame. I like 'em both, but Sir Elvis has a tad deeper catalog...

The People's Limousine
The Coward Brothers

Songwriters: Elvis Costello / T. Bone Burnett
Posted 1 year ago by mgoldman    [ Reply ]
sbegf wrote:
Waaayyyy to close to country for me....just not my cup of tea....

This is what country should be more often.  Brilliant.  Very Dylan-esque to my ears.
Posted 2 years ago by xkolibuul    [ Reply ]
For me, King of America is his last great record. The dividing line between his great work and the dreck after.

Carly wrote:
this is a new sound for me to associate with Elvis Costello. the other stuff i've heard of his seems to sound a lot different. i prefer the sound of this song....
He has a lot of different sounds he's explored in his career, this one is from the King of America CD sessions but not on the original release, but a bonus track available on the reissued CD. That CD, which is excellent, is more acoustic, folk music influenced, drawing from Dylan, Eric Burdon and the Animals and the early '60's folk-pop scene as a musical backdrop for EC to write great lyrics encompassing personal relationships, political scandal, moronic wars, and social injustices performed within a very tuneful melodic folk-pop context playing acoustic guitar with organ and electric guitar riffs much like Highway 61 era Dylan. His song about domestic violence leading to the destabilization and neofascism of societies ("Little Palaces") alone is worth the price of admission, but every song on it is great. It's a great CD. If you like this song, try the CD.

I've never heard that Lennon and McCartney were Irish desent before. If this is true it is news to me. I've read a many a books about the fab 4 and never heard about the Irish-English connection before. Paul does have the Mc thing going there in the name which is an Irish name trait.

Both are Irish names—McCartney is Scots-Irish. Liverpool is a port city on the Irish Sea and roughly on the same latitude as Dublin. Each was for many years—and still are to some extent—the favored crossing between the two countries, Ireland and the UK.

Posted 9 years ago by WonderLizard    [ Reply ]

I've never heard that Lennon and McCartney were Irish desent before. If this is true it is news to me. I've read a many a books about the fab 4 and never heard about the Irish-English connection before. Paul does have the Mc thing going there in the name which is an Irish name trait.

Nope, he's from Liverpool - you can still hear a bit of his Scouser accent, when he talks.

Another one of those "I never thought I'd hear that on the radio" songs.

I love the Coward Brothers.
Posted 10 years ago by lemmoth    [ Reply ]

I admit it.  I am a shallow, shallow human being.  I'm rating this song a 9, just because the album title made me laugh my assets off. And Elvis Costello and T-Bone Burnett?  Guh. No bad there at all.

I think it IS more rockabilly than country, but so what?  I'm trying to get beyond pigeonholing music. If I like it, I like it, and I try not to care what genré it is or who it sounds like, although I do sorta tend to flaunt my musical (lack of) knowledge if I recognize a style that's similar to something I've heard before.

Having said that, I stand by my initial comments in the first paragraph.

wow, haven't heard this in ages.  excellent song.
Posted 10 years ago by RabbitEars    [ Reply ]
Original on 7inch Vinyl by "The Cowad Brothers" ( Elvis C & TBone B) 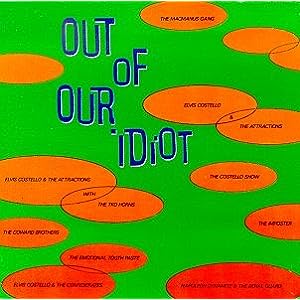 Posted 10 years ago by crockydile    [ Reply ]
planet_lizard wrote:
Parrothead is a good example of one that has average talent that has made it big in the RP forums. Maybe it's because he's from a cramped cage that hasn't been cleaned for a while?
Man, that's cold. Lizards rule.

Posted 10 years ago by WonderLizard    [ Reply ]
FallenMissAmerica wrote:
All good talent comes from England, all good scandal is from the US.....
That is, without question, the most idiotic thing anyone has ever said on this board. Given that we've had Excelsior and physicsgenius here, that's quite a bit to say.

Posted 11 years ago by fredriley    [ Reply ]
I usually dig Elvis Costello.. but I find this tune to be, quite frankly, very boring.

On another note, Bruce Thomas is one awesome bass player. What a genius.
Posted 12 years ago by ValosAtreide    [ Reply ]

All good talent comes from England, all good scandal is from the US..... FallenMissAmerican

Now how can I wish you well on you ex-pat-ing?