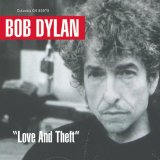 Well, they’re going to the country, they’re gonna retire
They’re taking a street car named Desire
Looking in the window at the pecan pie
Lot of things they’d like they would never buy

Well, the rain beating down on my window pane
I got love for you and it’s all in vain
Brains in the pot, they’re beginning to boil
They’re dripping with garlic and olive oil

Well, they’re living in a happy harmony
Tweedle-dee Dum and Tweedle-dee Dee
They’re one day older and a dollar short
They’ve got a parade permit and a police escort

Well a childish dream is a deathless need
And a noble truth is a sacred dream
My pretty baby, she’s lookin’ around
She’s wearin’ a multi-thousand dollar gown