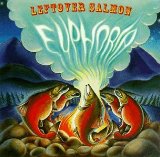 song
album
artist
Well Ma's out there, twitchin' in the kitchen

Dad's in the living room, fussin' and a-bitchin'

I'm out here, kicking the gong for... Euphoria!

Euphoria - When your mind starts reelin' and a-rockin;

Your inside voice starts squealing and squawking

Floatin' around on a belladonna cloud, singin'... Euphoria!

There's a man in the corner sittin' underneath the table
Sad, makin' faces at a union label
Grittin' his ears and he rolled his eyes and hollerin'... Euphoria!

Patted Eve on the bottom, patted Adam on the back
Smiled at the serpent and the serpent smiled back
Took a bite of the apple, two bites gone, hollerin'... Euphoria!