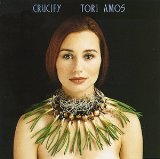 Little drops of rain whisper on the plains
Tears have run thrust in the days gone by
If my love is strong, here there is no wrong
Together we shall go until we die

If the sun refused to shine
I would still be loving you
If mountains crumble to the sea
There will still be you, you and me
Comments (165)add comment
First rating of a one for me.
Posted 1 year ago by Shaggy27    [ Reply ]
Was enjoying this a bit...yet thought it seemed a bit "shrill" and then looked and noticed it was TA. I thought..."yep".
Posted 1 year ago by ziakut    [ Reply ]
As I posted elsewhere, we watched Imogen Heap last week supporting Josh Groban at the O2.  She did this kind of stuff, just her and a piano.  Erm.  Didn't work for my ears and the audience generally agreed, I think.  Shame.  This just reminded me of an embarrassing evening.
Posted 2 years ago by DaidyBoy    [ Reply ]
Tori is obviously very polarizing.  I have never liked her music, but apparently stopped trying to listen to her before 1992.  I never knew she tried to put her stamp on this Led Zep classic.  I really don't mind this version, but it is still not enough to change my opinion of her on the whole.
Posted 2 years ago by 1902canoe    [ Reply ]
islander wrote:
You know, I came here to post something about how this was actually pretty listenable. Then I saw that I had previously voted it a 1 and I wondered what I was thinking. Then she started in with the vocal warbling at the end. It's better than a 1, but it would be better overall if she stopped 30 seconds earlier.

Spot on, friend, I was just about to do the same.
Posted 2 years ago by DaidyBoy    [ Reply ]
Ummmm, I'm in favor of covers and any artist's right to interpret a song in their own manner.  Sometimes it doesn't work.

Sorry, Ms Amos, but this version doesn't convey the deep, heavy emotion described in the lyrics.  "If the sun refused to shine, I would still be loving you."

Knowing Led Zep didn't write many of their own songs, I was surprised to see this was their first.

So who wrote 'em; Barry Manilow?
(Yes, we all know they took credit for a couple old blues tunes they didn't write, but other than that . . .?)

Ditto
Posted 9 years ago by agkagk    [ Reply ]
You know, I'm not much for covers, but this passes.... wait there's the Tori WAAAAIIIILLLING again.  Nevermind.
Posted 9 years ago by kilroyjoe3    [ Reply ]
Worst song EVER! Had to rinse my ears out with some real Zeppelin after this travesty the first time I heard it. One of the rare songs RP plays that will send me to the mute button quickly.

Knowing Led Zep didn't write many of their own songs, I was surprised to see this was their first.  Tori does it OK, but this song and these words caught my thoughts on love, long before my first engulfing experience set the foundation of feelings beneath it.

"Thank You" signaled a deeper involvement in songwriting by singer Robert Plant, being the first Led Zeppelin song that he wrote all the lyrics for. According to various Led Zeppelin biographies, this is also the song that made Jimmy Page realize that Plant could now handle writing the majority of the lyrics for the band's songs. Plant wrote the song as a tribute to his then-wife Maureen.

Little drops of rain
Whisper on the plains
Tears have run thrust in the days gone by
If my love is strong
Here there is no wrong
Together we shall go until we die
My, my
Inspiration is what you are to me
Inspiration, love to see

Posted 9 years ago by MTachyon    [ Reply ]
Make it stop! There isn't enough valium in the world to make this tolerable.

Posted 10 years ago by Mandible    [ Reply ]
I think that Bill and Rebecca feed off of our disgust with certain artists. Let's try this; Please play more Tori, I just love it!
Think they bought it?

Sorry Bill!
Yes, this is not good for the rotation!

Posted 10 years ago by helgigermany    [ Reply ]
RP has been suck for the last few days!!!

Posted 10 years ago by (anonymous)    [ Reply ]
h8rhater wrote:
Haters hate for nothing more than THEIR joy of annoying other people and their need to feel superior in some way... don't let the bastards  get ya down.

Wrong. We are really Tori-philes and are following the dictate given us by our Royal Queen Tori through the secret command encoded in the title of this album: Crucify Tori Amos

Posted 10 years ago by jadewahoo    [ Reply ]
Delawhere wrote:
Love Tori, love this song... can't believe I've never heard this before. Leave it up to RP! Another hidden gem, however I think this one needs a little polishing.
Lets start with this:

Posted 10 years ago by jadewahoo    [ Reply ]
jadewahoo wrote:
Why, oh why, are we subjected to the aural abuse of Tori Amos here on RP?
Petition now SAVE OUR EARS!

OhWhy?
Posted 10 years ago by a_genuine_find    [ Reply ]
rtb wrote:
No Tori.
I won't let you ruin this one, too.
Wasn't your murder of Smells Like Teen Spirit enough?

Posted 10 years ago by SirLars    [ Reply ]
I'm not a Tori-hater, but all her covers are starting to blend together for me.  I wonder if we just heard the piano and her humming the vocals whether we could discern any one cover from another.

The level of Tori-hate around here amazes.
Haters hate for nothing more than THEIR joy of annoying other people and their need to feel superior in some way... don't let the bastards  get ya down.

Posted 10 years ago by h8rhater    [ Reply ]
Love Tori, love this song... can't believe I've never heard this before. Leave it up to RP! Another hidden gem, however I think this one needs a little polishing.
Posted 10 years ago by Delawhere    [ Reply ]
mread wrote:
Ditto.  I was listening only casually until the "little drops of rain" bit, then my ears perked up and I realized it was a cover.  No, more than a cover, a reinterpretation.  Works for me.  8

The level of Tori-hate around here amazes.
Same here. What a great version.Sublime.....

"Well, Thank You is a wonderful song. I covered it a while back. I think Robert wrote it for his partner, and I remember thinking, I wish I could write something like that. My favorite has to be Whole Lotta Love, though. When I first met my husband {recording engineer Mark Hawley}, that song took on a new significance. Suddenly it was Oreo cookies again. Whole Lotta Love is an aphrodisiac, and it makes you want to put on your kitten-heel boots.
— Tori; Mojo Magazine, October 2001

T: Oh yeah. And it was pretty strict. But I was *obsessed* with The White Album, Sergeant Pepper and Zeppelin. And all I could do was go over and over and over, um, to Jimmy's playing and his phrasing. And as a piano player, I studied him, and I studied him, and I studied him. And I said, 'I'm gonna bring this to the piano'. Because he was the bridge, I felt, from classical music to contemporary playing. He understood that. And Robert of course... is the *Goddess*. (both laugh) I mean, Robert understands the energy of the feminine. You're looking at a bit of Merlin... and when you understand that, you understand what their power was... about the sensuality of the Goddess, that's what their music was about.

I: And Tori, they've been often copied and covered, and no-one so *beautifully*, in my opinion anyway, as you did with that, ah, song Thank You that was on a little EP of yours. Just the most beautiful cover of one of those... Interpretation of one of their songs.

T: That's good. I think it's great that Zeppelin is getting played a lot, I think they've inspired so much music....and people go back to those records, because they are a bench-mark, no different than The Beatles. It's very similar. Well I try, again, when I do a cover, I try and approach it from... OK, the piano will look at me sideways and she'll go, 'How can we put this in our language, and honour it?', because their version is always, you know, the definitive. And now how can we bring it to this instrument? The piano, which I think has been stigmatized. The piano isn't given her due. And a lot of times she's relegated to sappy-crappy pop music, or you know, just strict classical music.
— Tori; Interview On JJJ FM Radio In Australia, 02/26/96

Ditto.  I was listening only casually until the "little drops of rain" bit, then my ears perked up and I realized it was a cover.  No, more than a cover, a reinterpretation.  Works for me.  8

The level of Tori-hate around here amazes.

Posted 10 years ago by mread    [ Reply ]
I like the piano bits, don't particularly like her low growling vocals during the low notes.  I think I like this more than her "Teen Spirit" cover.
I wonder if anyone's ever uploaded Duran Duran's version of this song.

Posted 10 years ago by Queue    [ Reply ]
secretsauce wrote:
I like the performance just fine. However, I think this is a good case of how a new rendition of a song can show you whether the song stands up on its own as a piece of songwriting ... in this case I don't think it does (and I'm a *major* Zep fan). It's just not that good a song.
And I thought just the opposite:  a demonstration of how a well written song lends itself quite nicely to different interpretations.  I like.

Posted 10 years ago by philbertr    [ Reply ]
Kemoc wrote:
Thank You Tori. Nice Job.
I agree with you. This is a lovely version of the song.

Posted 10 years ago by peter_james_bond    [ Reply ]
i'm a big tori fan, and a big zep fan (even spent an evening visiting with mr. plant during his first solo tour, talking over the old days and all), and i STILL hate this version.
hate.
HATE.

And just a minute ago I was thinking the Decemberists were the most pretentious band on earth.