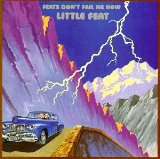 song
album
artist
Cold, cold, cold
Cold, cold, cold
Freezing, it was freezing in that hotel
I had no money, my special friend was gone
The TV set was busted so she went along
I called room, room service,
I'm down here on my knees
I said a peach or a pear, or a coconut please,
But they was cold

Well it's been a month since I seen my girl
Or a dime to make the call
'Cause it passed me up, or it passed me by,
Or I couldn't decide at all
And I'm mixed up, I'm so mixed up
Don't you know I'm lonely
All the things I had to do
I had to fall in love
You know she's cold

Cold, cold, cold
Cold, cold, cold
That woman is freezing, freezing cold
Well I tried everything to warm her up
Now I'm living in this cold hotel
'Cause she passed me, up or she passed me by,
Or I couldn't decide at all
And I'm mixed up, I'm so mixed up
Don't you know I'm lonely
Of all the things I had to do
I had to fall in love
You know she's cold

Buffaloed in Buffalo
And I was entertained in Houston
New York, yew nork, you got to choose one
Cause it's a tripe face boogie
Going to boogie my sneakers away

It's a hype face boogie
going to boogie my sneakers away

Listen to ém here, with Lowell on slide...

Posted 2 years ago by LowPhreak    [ Reply ]
I didn't go to MoMA or the Metropolitan Museum of Art until I was in my 20's so as a teen exploring the rows of albums at Tower Records was an afternoon of high art to my dazzled young eyes and mind, so super with this kinda music playing the whole time : )
Posted 4 years ago by hayduke2    [ Reply ]
Hey Steely D,

Many years ago I gave two albums to a dear friend: this one and Steely Dan's Katy Lied.

The albums covers were works of art and made quite the impression. The music was sublime.
Posted 5 years ago by idiot_wind    [ Reply ]

It could end a little more quickly for my tastes. It just goes on too long and all over the place and I love LF. Not sure how this gets played in full but RP only plays the badly edited version of "In The Court of the Crimson King."
Posted 5 years ago by kcar    [ Reply ]

Feats r outrageous!
Posted 5 years ago by hayduke2    [ Reply ]
Rotterdam wrote:
Hmmm. I think I'm beginning to get it. I have rated this as a 3 up to now, but have to move it up to a 7. Eureka!

Welcome to the club! Keep listening. Lowell and the boys will win you over, if you give 'em half a chance!
Posted 5 years ago by Lindo525    [ Reply ]
One of the most under-rated RnR bands of the 20th century!

Posted 5 years ago by zillah    [ Reply ]
Yahoo! That's the best I could do.
Posted 6 years ago by martinc    [ Reply ]
I never was much of a Little Feat fan, but they put on one of the best live shows I've ever seen at the Armadillo in 1974.  I might have mentioned that before.  I'm getting somewhat repetitious in my dotage.
Posted 6 years ago by Hannio    [ Reply ]
Pedro1874 wrote:
Former member after all these years?  Has he finally left his hotel room?  Has he run out of 10's?  Can anyone shed any light on Romeotuma's departure?
I am the holy ghost of big stud Romeo Tuma...

O Romeo, Romeo, wherefore art thou Romeo?
Posted 8 years ago by Keef    [ Reply ]
Sturff wrote:
Tooo Long.
If it was rush no problem. Can you say the necromancer.

Posted 8 years ago by (anonymous)    [ Reply ]
Not doing it tonight. Fine boogie though.
Posted 8 years ago by Sturff    [ Reply ]
WereTrout wrote:
I remember seeing them at Providence College about a year before Lowell George passed.  The SRO crowd erupted when Lowell ended the Tripe Face Boogie solo with that socket way past the end of the fretboard.  Astounding concert. Astounding band.  Always sounds simple but not many bands could cover them because of the syncopation.

My favorite band of all time.
Posted 8 years ago by WereTrout    [ Reply ]
tonypf wrote:
As we do here!
I hope it is cold in your hotel room!  This song is awesome...

I say no.
Posted 9 years ago by LPCity    [ Reply ]
helgigermany wrote:
Nice!

Yes, this is truly great music...  love it...  I hope things are going very well for you!

Great song!  "Waiting for Columbus" live version is better, but love this one too.

Posted 9 years ago by Dave_Mack    [ Reply ]
Shaken_Bake wrote:
This song has been in my head all day!  Supposed to not even get above 0F all day tomorrow, which is frickin' frigid for Denver!  I want my 68 degree lunch on the patio from last week!
It'll be Forty on Thursday  Friday.

Absolutely awesome!  This is a true treasure...  love it...

Posted 10 years ago by HazzeSwede    [ Reply ]
Not quite as mediocre as the Dead...but close. I like Lowell George too much to lump them into the same 'bland' category. How long is this blasted tune?? ENOUGH already!!!!!!

As Bonnie famously said "I miss Little Feat more than I miss being 8 years old"...
Posted 10 years ago by LPCity    [ Reply ]
gormeister wrote:

this song is so grating it calls for drastic measures

Make sure you have your helmet on tightly, have a nice trip!
Posted 10 years ago by martinc    [ Reply ]

this song is so grating it calls for drastic measures


Posted 10 years ago by (anonymous)    [ Reply ]
Back in 1974 I was reading a Rolling Stone article about Little Feat’s new album and it was this one. I decided to go to the local record shop and buy the vinyl. This is still one of the truly great albums in my mind that was done in that era of the 70’s when so much music sucked until 1977. (1977 = punk & new wave)
Posted 10 years ago by SoundThinker    [ Reply ]
Isn't this the definition of smoking? It's at least the modern origin!
Posted 10 years ago by ezzyme    [ Reply ]
denbear wrote:
This is it. Just doesn't get better. Simple. Sane. Hard. Boogie. Dance, I say, Dance.
I was just going to say something like that. This IS it.

This song is soooo gooood for the ears...

This album reminds me of my childhood - growing up with the music of Little Feat, Leon Russell etc

Certainly one of the best and unbelievably well-recorded for its time.  And the version of this song on there kicks ass on this one.

Posted 11 years ago by peter_james_bond    [ Reply ]
Little Feat - Waiting for Columbus is the greatest Live album!

If you haven't heard their live album "Waiting for Columbus" try it. Their live work put their music into focus, for me anyway. Until that time I had a similar reaction to yours.

Posted 11 years ago by Panama_Floyd    [ Reply ]
inmanart wrote:
Go see them play outside in the summer.....you'll get why so many of us love Feat...... Just like The Grateful Dead and The Allman Bros....... there is just a vibe in the air (and probably a little weed aroma) when you are at a Feat performance. Even after Lowell's passing Little Feat still puts on a great show.
Saw da Feats play in a gymnasium-type place a few years ago (after the demise of LG). They were playing well, but acoustically, the joint (oh, how do I put this nicely) sounded like sh*t.

I had gotten two free tickets at the last minute, and in the short time available, didn't find anybody else who wanted to go (they was cold).

I arrived late, and after about a half-hour, I was loving the music, but wanted to go out for a smoke.

On my way out, the door guy said: "Hey, no Passouts, buddy; if you go out, you can't come back in (they was cold). I smiled.

I enjoyed my smoke, and on the way back in, the same door guy admonsihed me "I told you you can't go back in." (Again, cold, cold, cold.)

Much to his chagrin, I presented him with the (as yet to be unused) ticket.

Somehow, the show seemed to sound much better after that.

After the show, I met a young lady that was not cold at all.

The joke was on the cold folks, that night, my friend!

Posted 11 years ago by conglif    [ Reply ]
lwilkinson wrote:
As a child of the 60's & 70's I had forgotten just how tedious "boogie" really is.
"Boogie" really is more dance music then listening music.  Kind of fun for a little bit, but gets old fast.  And what was that noise towards the end all about anyway?  It was just funky wallpaper while I was working up to that point.  I'm giving it a meh over all and a -1 penalty for the useless noise break.

Posted 11 years ago by smdeeg    [ Reply ]
david1045 wrote:
Little Feat? I just don't get it. I try to get it...but it never works.
My advice is to keep trying.   There is a lot of variety amongst Feat recordings.    I'm one of the contrarian types that like some of the later Jazz influenced recordings where Lowell George was less involved.     But there is lots of good stuff amongst the recording when he was around.    Waiting for Columbus surely has a lot of energy.

Posted 11 years ago by bpkengor    [ Reply ]
Go see them play outside in the summer.....you'll get why so many of us love Feat...... Just like The Grateful Dead and The Allman Bros....... there is just a vibe in the air (and probably a little weed aroma) when you are at a Feat performance. Even after Lowell's passing Little Feat still puts on a great show.

Posted 11 years ago by inmanart    [ Reply ]
I just love Little Feat.  Love em so much, I named my dog after Lowell George.  He's a big huge St. Bernard.

Posted 11 years ago by cafortier    [ Reply ]
jagdriver wrote:
I'm with you. I like a couple of their tunes and tried valiently over a period of 30+ years to appreciate Lowell George to the extent that his rabid fans do, but it just never happens. That doesn't mean they weren't a terrific outfit; like Lynyrd Skynrd and Kansas, they just didn't grab me.

Posted 11 years ago by conglif    [ Reply ]
I think 'Let it Roll' is their best album. Every song on it rocks and 'Voices on the Wind' might be my favorite song of theirs.

Posted 11 years ago by rabaak    [ Reply ]
david1045 wrote:
Little Feat? I just don't get it. I try to get it...but it never works.
I'm with you. I like a couple of their tunes and tried valiently over a period of 30+ years to appreciate Lowell George to the extent that his rabid fans do, but it just never happens. That doesn't mean they weren't a terrific outfit; like Lynyrd Skynrd and Kansas, they just didn't grab me.