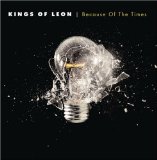 My papa's slave had to go and fight the war
He'd beat 'em all then he took 'em all to court
My papa called and he said, "D'you remember me?"
Now he's working awful hard in his factory

We ain't even been to the ocean
We been running barefoot this spring
We been running barefoot through this spring
We ain't even been to the ocean
Comments (6)add comment
Oh jeez. Not one of their best.
Posted 5 months ago by captbradders    [ Reply ]
Geez wtf is up with you lot!
Posted 1 year ago by t0m5k1    [ Reply ]
window wrote:
Gotta say I love the guitar in this song.  But the guy's voice still sucks.