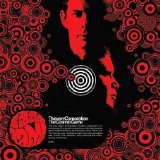 I feature ganja when I'm listening to this type of music....and I'm at an 8 on this one though it's really a 8.4 with the "Doors/Huxley" reference as the track title...Long Live RP!!

Saw them live about 2 weeks ago - they are absolutely worth seeing.  A perk here in Chicago - Poi Dog opened for them!

"Feat Ganja".   Wait, did I read that incorrectly?

I feature ganja when I'm listening to this type of music....and I'm at an 8 on this one though it's really a 8.4 with the "Doors/Huxley" reference as the track title...Long Live RP!!
Posted 1 year ago by lizardking    [ Reply ]
Very nice.

Thievery Corporation is a seriously smooth chill.
Posted 3 years ago by unclehud    [ Reply ]

Posted 6 years ago by dpvest    [ Reply ]
Freakin love these guys...absolutely no label applies.
Posted 7 years ago by oldsaxon    [ Reply ]
A solid 9..
Posted 7 years ago by coolpeople_rule    [ Reply ]
coloradojohn wrote:
Awesome!  Great tunes to prepare and stuff a bird for roasting and veggies to go in the oven with it...Harry Manx and this...fabulous for some Last-Minute Kitchen Zen! and thanks to RP for this whole groovy Soundtrack of Today, when my dinner guest gets here, I'm well in the BEST of all moods to welcome her...


foothillfreak wrote:
Just saw these guys in concert last week here in Utah and I was completely blown away. They are sooo good live, playing such a huge array of instruments with a great/diverse cast of artist. The whole crowd danced hard from start to finish like I've never seen before. See these guys if you can. Thanks for reminding me of the killer show RP.

Dear Fred, it's actually  the tabla segue you're hearing there

Hard to find any Thievery that's not enjoyable. Their live shows often feature 10+ musicians with 3-4 different vocalists and numerous instruments to compliment the spinners. They are great and I encourage anyone to check them out.

Posted 10 years ago by Stingray    [ Reply ]
The Doors (RIP Jimbo Morrison) got their name from this William Blake quote: If the doors of perception were cleansed, everything would appear as it is - infinite".
Posted 10 years ago by ThePoose    [ Reply ]
Hard to find any Thievery that's not enjoyable. Their live shows often feature 10+ musicians with 3-4 different vocalists and numerous instruments to compliment the spinners. They are great and I encourage anyone to check them out.
Posted 10 years ago by ckcotton    [ Reply ]
fredriley wrote:
Very smooth segue from Harry Manx's Afghani Raga, absolutely seamless from one sitar to the next - I couldn't spot the join. Another fine number from the eclectic Thievery Corp - 8 from the Nottingham jury.

Very smooth segue from Harry Manx's Afghani Raga, absolutely seamless from one sitar to the next - I couldn't spot the join. Another fine number from the eclectic Thievery Corp - 8 from the Nottingham jury.

Posted 10 years ago by fredriley    [ Reply ]
Hey S-curvy,  Totally agree on the problems with KFOG.  They used to be quite good in the variety of music that they played but now they really pretty much suck.  RP is what KFOG should aspire to be.  Go deep into an artist's catalog and play something different.  Roxanne is not the only track by The Police and the Clash recorded more than Train in Vain...

This song is very cool by the way and Bill and Rebecca do a great job of setting up the programming.  I've discovered many new artists by listening and have ended up starting to buy music again...

Posted 11 years ago by RC_in_Bezerkeley    [ Reply ]
Hey pdj and jagdriver,

Thanks for your replies.  It's nice to learn a bit more of the workings of a raydidio station.

To the perpetual whiners out there, I have a question:  Speaking of programming nonsense, have you ever noticed how your favorite broadcast radio station that promises to have great variety (KFOG is one of 'em here in the Bay Area) will get a wild hare one day, after a 6 or 7 month absolute absence of someone like, say the little-known Eric Clapton or any other artist of your choice, and suddenly you find there isn't a day for about 6 weeks that Eric Clapton doesn't get played a good 6 or 7 times a day?  Yep, it happens, and the funny 6 week run coincidentally precedes that artist's next major release or more commonly, his/her next concert here.

It's a remarkably efficient method for making an artist that I really enjoy become unbearable to listen to for a really long time, and that sucks.  In fact, they also beat the snot out of all kinds of other music that the record label dip-shits have decided need to be the "Next Big Thing."  Ugh, after so much daily repetition, not to mention the highly repetitive and unclever commercials, I just turn that raydidio right off, CLICK.   Enter RP, and  we have an aural paradise.  It may not be perfect for everyone, but after we become grownups, we figure out that there really isn't true perfection anywhere in the universe, and we allow Radio Paradise into our hearts —  Ohhhmmmmm.

YO Bill & Rebecca, you two ROCK!

pdjpirate wrote:
If you think Bill is sitting there on the other end of that little wire coming into your computer system, picking out the songs for your mind expansion trip...sorry not happening! Your going to have to donate more money for that happen. Now, this is not to say that your mind expansion cannot continue. The technique of rotating sets has long been used in radio by selecting sets and rotating them through different day parts (or different times of the day). As the rotations progresses, you either have it rotate sooner or later based on your listeners retention characteristics and the depth of your play list in the form of an ever expanding list of sets. Some better than others in creating a wall of sound and you paint a mood and a tempo with the sets. It is an extension of the old free form radio that is long gone in the USA. ....BECAUSE THE PEOPLE ARE DIGGING IT AND IT ROCKS!!!! !

AND SO DOES RADIO PARADISE!

Posted 11 years ago by AdyMiles    [ Reply ]
Gednabb wrote:
judging by posts below, it seems like the same set is being played here. Is this station largely just a huge loop?

As for automation, Bill and I both worked at stations that were automated. In my case, the station had three 10-1/2" reel-to-reel tape recorders, along with two carousels of advertising cartridges (similar to the old 8-track tapes). The "carts" would be programmed using a pegboard laid out in an alphanumeric scheme, as I recall, so that cart B4, say, would play at 4:15 am (ah, the graveyard shift!).

As one reel came near its end, the operator (me) would have to rewind it, thread up a fresh reel, and get it back online. With three reels from which to pick the next selection, the repetition of playback order was very small.

At RP, Bill puts together themed sets that do get repeated. With just Bill and Rebecca running things, would you expect one of them to be manually picking tracks 24 x 7? Even with the themed sets, nowhere else do we get exposed to such a W-I-D-E variety of great (and sometimes not-so-great) music.