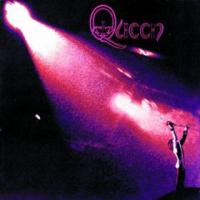 
You mean, considering he was gay?


Except he was bi.
Posted 1 month ago by ziggytrix    [ Reply ]
This song is almost FIFTY YEARS OLD!
Posted 7 months ago by Aaronosteo    [ Reply ]
unclehud wrote:

They put a note on their album covers: "No synthesizers were used in the making of this music," or some such.  That's what got me listening.  Too bad they couldn't hold together after Mr. Mercury died.

Some people are just irreplacable!
Posted 7 months ago by Aaronosteo    [ Reply ]
Pioneer_Sing wrote:

They should play this in hospitals around the world

or better. conor oberst's 'i don't want to die in the hospital"
Posted 1 year ago by lost_kiwi    [ Reply ]
JFL wrote:

So many memories.... This 14 year old sitting on his bedroom floor, headphones on, switching between air guitar and air drums. Now 54, still doing the same thing.

Great choice, saw them play this in 1977.  Way to dig deep for this great band.

Posted 1 year ago by GoJohnny39    [ Reply ]
So many memories.... This 14 year old sitting on his bedroom floor, headphones on, switching between air guitar and air drums. Now 54, still doing the same thing.
Posted 1 year ago by JFL    [ Reply ]
Chewie wrote:
Curious to know where this particular version is from - is it an alternate take? So very similar, but definitely doesn't sound like it does on the album

Heh.  I came here to make the same observation.  It sounds like a different mix.
Posted 1 year ago by bc    [ Reply ]
We appreciate you caring about us, Bill; and we all hope you and Rebecca do the same. <3
Posted 1 year ago by CrispyDruid    [ Reply ]
Curious to know where this particular version is from - is it an alternate take? So very similar, but definitely doesn't sound like it does on the album

I'm not buying the first part of this...


You mean, considering he was gay?
Posted 1 year ago by dmcanany    [ Reply ]
Well this appropriate today with Covid-19 running amok!

Posted 1 year ago by Larrygrrl    [ Reply ]
Cynaera wrote:
I SO miss Freddie Mercury - sure, he was a drama-queen (HAR!), but oh, the man had timing, pipes, and a flair for what worked and what didn't.  I still love Queen, individually and as a group.  I think the only people I mourned the loss of more than Mercury were George Harrison and John Lennon...

everybody in my church loves this song...


I got this vibe tonight:  Melodramatic.  Yessir, and they played with the amazingness to put that melodrama into it.
Posted 8 years ago by unclehud    [ Reply ]
FINALLY a Queen song that jams out! Wonder if this was my upload?
Posted 9 years ago by MsJudi    [ Reply ]
vandal wrote:
Well I've loved a million women
In a belladonic haze
And I ate a million dinners
Brought to me on silver trays

I was just thinking that I enjoy hearing the three oldest songs occasionally but get uneasy when RP plays FM radio chestnuts like these in a string. If I wanted to listen to a block of 70-80s AOR rock I'd tune into a nostalgia station. I do appreciate though that mixing old and new is a balancing act that Bill does quite well overall.

OK...Bill's back in the present with The Black Keys. A trip in the time machine is just fine as long as it's not too long...

Posted 10 years ago by Cynaera    [ Reply ]
OMG, this guy's totally copying the guy from Muse. But wait, Queen came before Muse.

Totally agree!  And this song is VERY timely for the world conditions of today.....

Posted 10 years ago by Cynaera    [ Reply ]
Bill should follow this one with Liar!

Posted 10 years ago by mrdak    [ Reply ]
the intro here effortlessly holds up until today. It would get a 9 if some of the rest wouldn't give away it's real age. The song is pretty cool anyway!

From the early Queen days - their best music - excellent!

I see by your birthdate you spent many of your formative years in the 1990's and never were exposed to this fine early Queen rave-up.

If you were born 20 years earlier and lived in the U.S. midwest in the mid-1970's, you would have heard almost every bad ballroom/bar band wearing their finest "thrift store glam apparel" open their set with it.

That said, they still didn't butcher it enough for me to get tired of it, and I even bought a CD reissue of the first album.

Posted 11 years ago by treatment_bound    [ Reply ]
This was the first song I'd ever heard by Queen, back in the day. And I still love it.  It's the very best of the band, for that time. They just kept getting better, but I love this whole album - so many good songs!  Thank you to whoever uploaded this - could we get "Stormtrooper In Stilettos" or "39"?

too true!!
Posted 11 years ago by linzie    [ Reply ]
Akaiila wrote:
Can't really agree with you there - I'd have to go with 'underplayed for a reason.'

I miss the station that billed itself as playing eclectic, intelligent, rock.

Can't really agree with you there - I'd have to go with 'underplayed for a reason.'
Posted 12 years ago by Akaiila    [ Reply ]
Nice musical nugget from Queen. Underplayed and underrated!!!

Posted 12 years ago by toterola    [ Reply ]
Shesdifferent wrote:
Just not in the mood for this today, thank goodness Porcupine Tree follows...
Yeah, can't wait to get all depressed and introspective again.

Yeah, well I hung with Beethoven after the debut of the 9th Symphony. I tell you this - dude could HEAR. It was all a show. Marketing genius, he was.

This is a GREAT start.

Posted 13 years ago by MsJudi    [ Reply ]
DoctorHooey wrote:
Yeah, well I hung with Beethoven after the debut of the 9th Symphony. I tell you this - dude could HEAR. It was all a show. Marketing genius, he was. Now where's my home defibrelator?