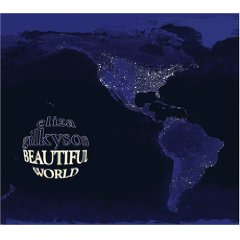 MrsTom wrote (In reference to Peter Gabriel - Rhythm of the Heat):  Pretentiousness of the highest level. Sounds a bit crap too

Michael_Dean wrote:  Oh glad, I found you, an Expert of Pretentiousness.

Would it not be handy to have a quick reference chart, seeing that we have so many citations of pretentiousness here in the comments section.  Please arrange the following in order of pretentiousness.  If you will do this work, I promise to post the chart every time I see an offense registered.  We can call it the MrsTom Pretentiousness Gradient, MTPG for short.  Not to be confused with Empty Peter Gabriel, of course, THAT'S a whole other chapter, let's just handle these one at a time and in order.  (Was that too Pretentious?).  ah... wait... we were talking about something...... THE LIST ! ! ! I  I'll have it made like a mountain range, with a snow-white pillow for my big fat head, And my heaven will be a big heaven, And I will walk through the front door.  Big time. (I love me!) (Now, I think that WAS pretentious).

The MrsTom Pretentiousness Gradient - M.T.P.G. (Not to be confused with Empty Peter Gabriel, of course).

06.)  Indubitably Pretentious - Pretentiousness Beyond a Reasonable Doubt, you will do the Time for this one.

03.)  Barely Pretentious - This is Pretentiousness that just made it over the line.

01.)  Anomalous Pretentiousness  - Sometimes it's there, sometimes not.  Physicists are baffled, naming it  a non-zero vacuum energy Pretentiousness.  In the special case of vacuum energy, general relativity stipulates that the gravitational field is proportional to ρ+3p (where ρ is the mass-energy density, and p is the Pretentiousness).