"Take a Look" (Live) (written by Allen Toussaint ), is a beautiful song by Natalie Merchant included in Bonus CD 1999, track number 4, the special edition of the album "Tigerlily" originally published in 1995.
Already now, say it's a great album, still considered today, and contains a lot of great songs emblematic quality that characterize the aesthetic and artistic unmistakable sense of Natalie Merchant "at its best", which persisted over time, for exemple songs, among others, as San Andreas Faul, Wonder, River, Beloved Wife, Carnival, Cowboy Romance, Jealousy, Seven Years, "Sympathy for the Devil" (Live). "Take a Look" (Live), "The Work Song" (Live).

Natalie Merchant wrote and recorded a memorably controversial song, simply named "River", a tribute to River Phoenix, actor, musician and activist (like too the song "E-Bow the Letter" by Michael Stipe).

Obviously the random share of 5.6 assigned here, as in so many other songs above average level, it is inadequate and does not reflect the real value nor the song, nor the magnificent whole Album. There we go, trying to figure out why ...

I know there are descriptions and allusions to the film documentary by filmmaker Nick Broomfield, and about the song "Carnival", i dispense myself from commenting here, each will search if want.

Posted 6 years ago by calypsus_1    [ Reply ]
Nice, back when she put some effort into a song
Posted 6 years ago by oldman    [ Reply ]
I did a web search for cover art for this obscure radio promo release, and found this -- a scan (by a NM fan I've never heard of) of the copy that used to live in the KPIG library, complete with cover notes by my late compatriot Laura Ellen & a song key notation by yours truly (I'd forgotten that I used to do that). Quite the blast from the past, as the DJs say...
Posted 7 years ago by BillG    [ Reply ] 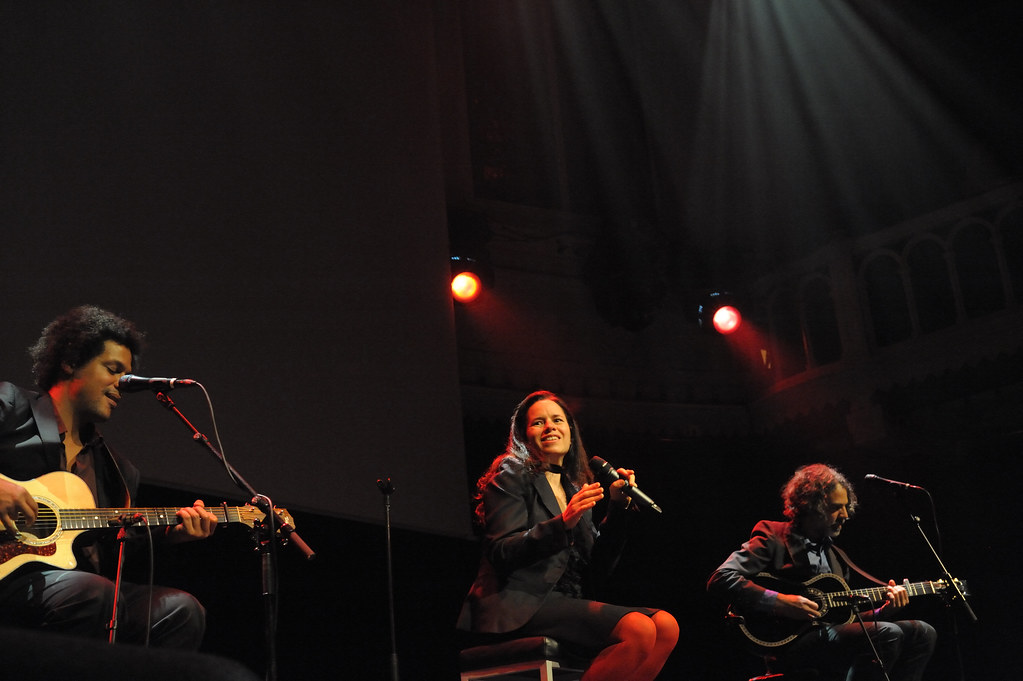 Posted 11 years ago by supram    [ Reply ]
jktravl wrote:
Nat is so much better than this filler tune
NOT!!!

Haven't heard this one. Back in my youth (80s-90s), I always wanted Natalie to bear one of my children.

However, as I've matured, and learned that she can be more than a bit challenging interpersonally.  So the offer still stands but, at this point,  we'd definitely have to live apart. I just can't put up with that kind of b.s. in my life any more...not even for Natalie Merchant.

Posted 12 years ago by govna    [ Reply ]
bizon wrote:
It's like having knitting needles rammed in one's ears!
Better that than in one's eyes. Now that's gotta hurt.

Posted 12 years ago by ThePoose    [ Reply ]
bizon wrote:
It's like having knitting needles rammed in one's ears!
Wow! I know many RPers detest NM, but this is rather extreme, I'd say!